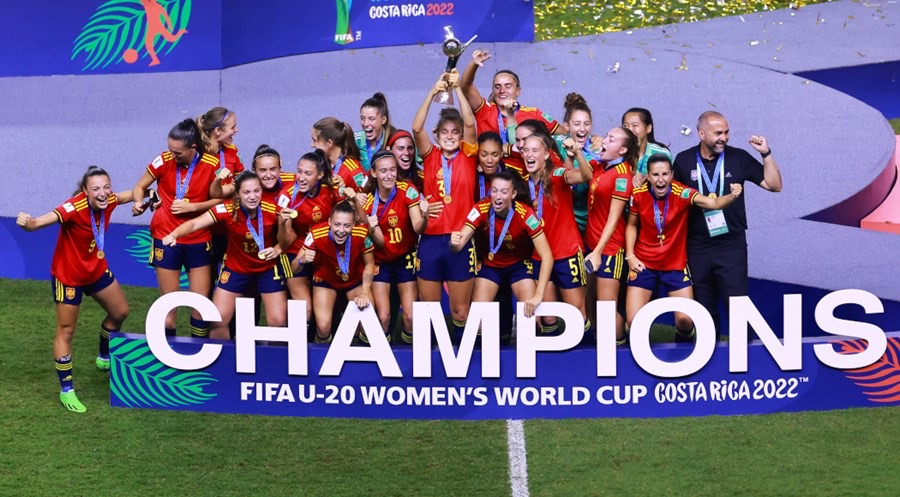 Spain defeated Japan 3-1 at the FIFA Women’s U-20 World Cup Final in front of 29,891 at the Estadio Nacional de Costa Rica.

Inma Gabarro’s opener and Salma Paralluelo’s brace – which included a penalty – saw Spain in control at the break. Suzu Amano did pull a goal back two minutes after the restart but that was Japan’s only goal.

Brazil beat the Netherlands 4-1 in the third place match, watched by 15,672. Rosa van Gool cancelled out Ana Clara’s effort but Tarciane restored the lead and extended it from the spot, before Gi Fernandes rounded off the victory.

9 Spain ended Japan’s undefeated run in the FIFA U-20 Women’s World Cup at nine games. The Young Nadeshiko’s last loss in the competition had been 1-0 to Spain in the group stage at France 2018.

2 Salma Paralluelo became only the second player to register multiple goals in a FIFA U-20 Women’s World Cup final. Korea DPR’s Kim Songhui hit a 13-minute hat-trick in a 5-0 thumping of China PR in 2006.

Spain’s Txell Font was given the Golden Glove, while the  FIFA Fair Play Award was awarded to Japan.