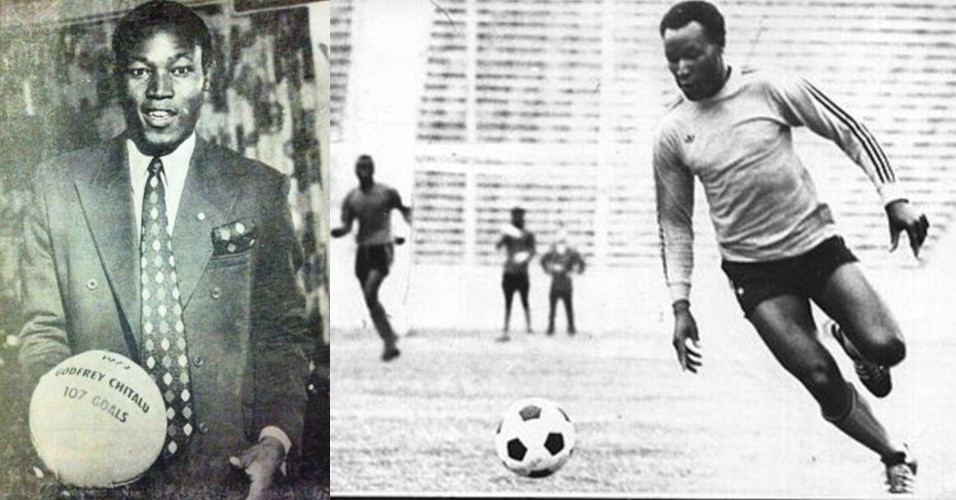 50th anniversary of Chitalu’s great record!  This year marks 50 years since Zambian striker Godfrey “Ucar” Chitalu from the club Kabwe Warriors set his fantastic world record on the number of top-level goals scored in a calendar year - 109.This record is still holding. To this point, Chitalu remains the only player in the history of football who managed to score 100+ top-level goals in a year.During 1972, Chitalu played in 8 official tournaments - 6 domestic and 2 international. The statistics of his performances - in the table below.At that time, 4 cup tournaments were held in Zambia: in addition to the Zambian Cup itself (which was then called Castle Cup), there were also Challenge Cup, Chibuku Cup and Charity Shield (actually SuperCup).Also, an official tournament for the selections of provinces was held annually – NFL Trophy. In this competition, Chitalu played for the team Midlands XI.In addition to 50 official matches in which he scored these 109 goals, Chitalu has played throughout 1972 in 8 friendly and exhibition games at various levels, scoring 7 more goals in them, which we can’t add to his tally here due to their lower status.This includes:6 friendlies for the Zambian national team against clubs (2 goals),1 friendly match for the club (3 goals),1 so-called Benevolent Fund Match match for All Stars against “The Rest” (2 goals). We are talking about the Zambian League selection, chosen by football fans. “Ucar” took the captain armband in this selection as the player who received most votes.Unfortunately, Chitalu died in 1993 in a plane crash along with the Zambian national team which he coached at the time.“Ucar” entered history as one of the strongest African strikers. He still holds another significant record - 79 goals for a national team (the best all-time result for Africa).