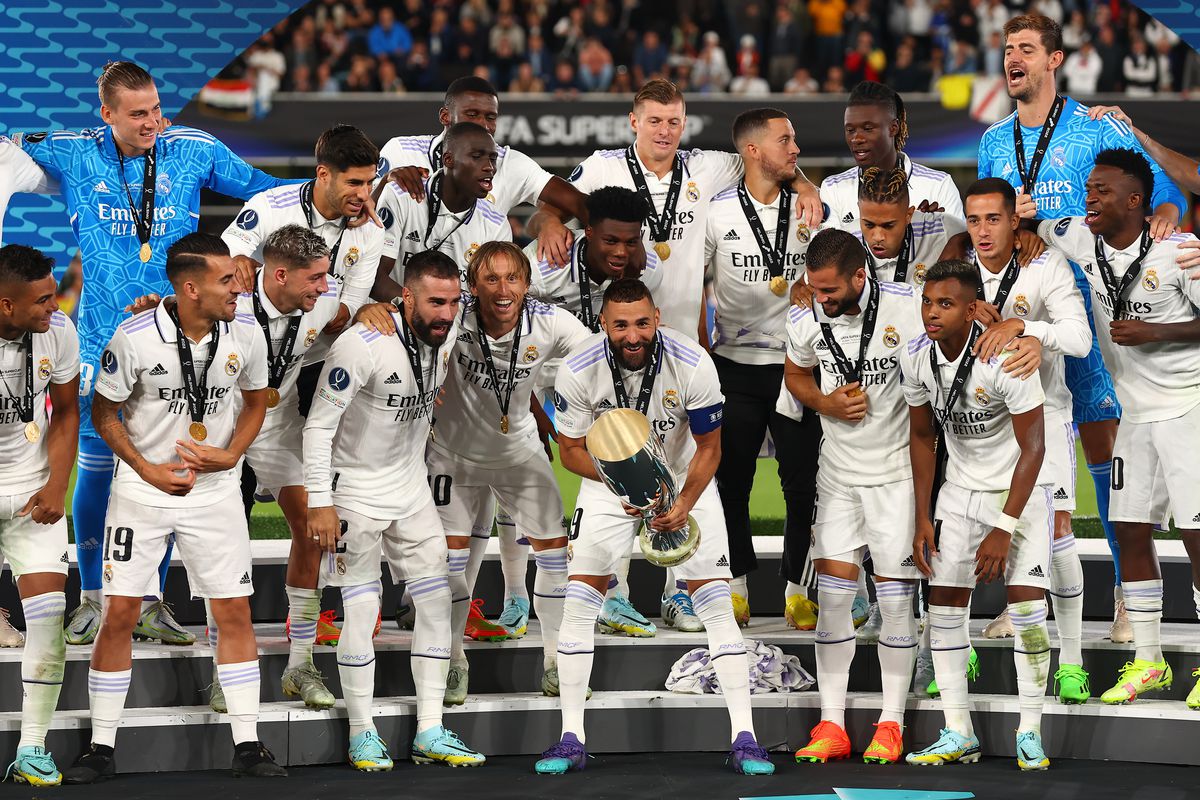 Statistics on European Super Cup 2022*Real Madrid equalled Barcelona and Milan as the most successful clubs in the European Super Cup (5 trophies for each). *Real Madrid are still not losing the finals in every official international club competition in XXI century against non-Spanish rivals. Over this period, they won all 12 such finals (4 in Champions League, 3 in European Super Cup, 4 in Club World Cup, 1 in Intercontinental Cup).*The current Champions League winner has won 9 of the last 10 editions of the European Super Cup. That one exception came in 2018 when Atletico Madrid (Europa League winner) defeated Real Madrid.*It was the first loss for Eintracht against a Spanish club since 1969 when they were defeated by Athletic Bilbao in the Fairs Cup.*Carlo Ancelotti has won his 4th Super Cup; he set new record of the competition for coaches surpassing Pep Guardiola (3).*Antonio Rüdiger became the 2nd player to win the European Super Cup in two consecutive years with different teams (2021 with Chelsea and 2022 with Real Madrid), after Toni Kroos (2013 with Bayern and 2014 with Real Madrid).*Karim Benzema became the 8th player to score in two different European Super Cup editions (2018, 2022). His predecessors are:Renato (2006 and 2007),Pedrito (2009 and 2015),Jose Antonio Reyes (2010 and 2015),Lionel Messi (2011 and 2015),Yevhen Konoplyanka (2015 and 2016),Sergio Ramos (2016 and 2018),Javi Martínez (2013 and 2020).

* Four Real Madrid players - Dani Carvajal, Karim Benzema, Toni Kroos and Luka Modrić - have won the European Super Cup for the 4th time. They now jointly hold the record for the most wins in the competition, along with the three that have reached that mark previously.Toni Kroos had the opportunity to bring his number of trophies to 5, but missed Real Madrid's 2016 Super Cup.Another similar case is Paolo Maldini, who did not take part in Milan's 2007 Super Cup victory, which could have been his 5th.For Arie Haan, Ajax 1972 win is also counted, although that first edition of the tournament was unofficial.