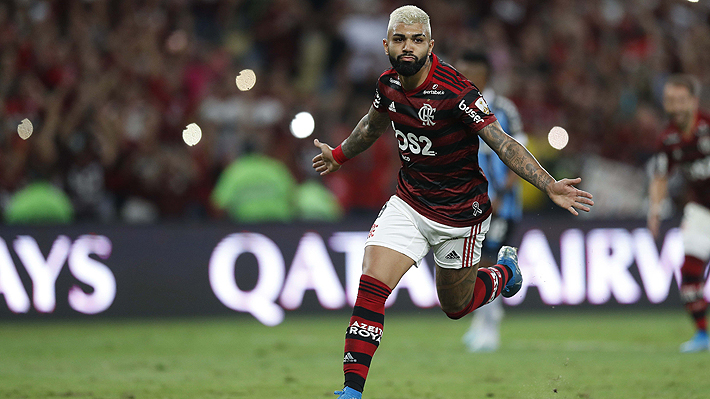 Copa Libertadores statistics on first leg of quarterfinals (August 2 to 4)*Flamengo, with away win over Corinthians (2-0), equaled their best streak of scoring games (16) in Copa Libertadores; they have also scored in 16 consecutive games in the tournament between 2010 and 2014. The last non-scoring game of Flamengo in Copa Libertadores is dated by 27 May 2021 (0-0 against Vélez Sarsfield).*One of Flamengo goals in the game vs Corinthians was Gabriel Barbosa’s. Thus, he reached 15 goals in playoff stages of Copa Libertadores; the same amount as Raúl Amarilla (Paraguay). Behind with 14 playoff goals are: Anthony de Ávila (Colombia), Carlos Tevez (Argentina), Ignacio Scocco (Argentina) and Luizão (Brazil). Ahead, Juan Román Riquelme (Argentina) with 18 such goals.*Palmeiras, with 2-2 draw vs Atletico Mineiro, increased their unbeaten series in away games in Copa Libertadores to 20 (though the streak was close to end as Palmeiras were 0-2 down at some point of the game).*Murilo (Palmeiras) became the 2nd Brazilian player to score a goal and concede an own goal in the same Copa Libertadores match. The first was Willian Arão from Flamengo (vs Unión La Calera on 11 May 2021).*Hulk has scored his 12th goal for Atlético Mineiro in Copa Libertadores. He became the new club’s record holder in the tournament surpassing Jô (11).*Also Vélez Sarsfield who beat Talleres 3-2 has now the new top scorer in Copa Libertadores: Lucas Janson has just scored his 9th goal beating  Patricio Camps and Santiago Silva (both 8).*Luiz Felipe Scolari (Athletico Paranaense) became the coach with the most appearances (8) in the quarterfinals of all Copa Libertadores history. He surpassed Carlos Bianchi (7).