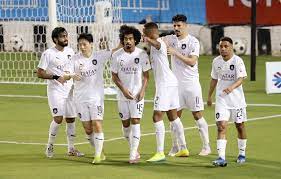 Picture : Al Sadd entered in the ranking with 49 games !

Al Sadd stop unbeaten streak at 49 gamesAl Sadd started the new season of Qatari Stars League on 1 August with a defeat to Al Markhiya (3-4). It was very annoying loss not only because the Qatari champion were 2-0 up on the course of game. Al Sadd were also in just one step from sealing their 50th consecutive game in domestic league without a defeat. They passed two league campaigns in a row (2020-21 and 2021-22) being unbeaten. Before the mentioned loss, they had longest ongoing unbeaten streak in the world (49 games).Here we publish the best such series in national leagues worldwide in XXI century.The world record of the century belongs to Lincoln Red Imps (88 games) who remained unbeaten in Gibraltar league during more than 5 years (from 2009 to 2014)!