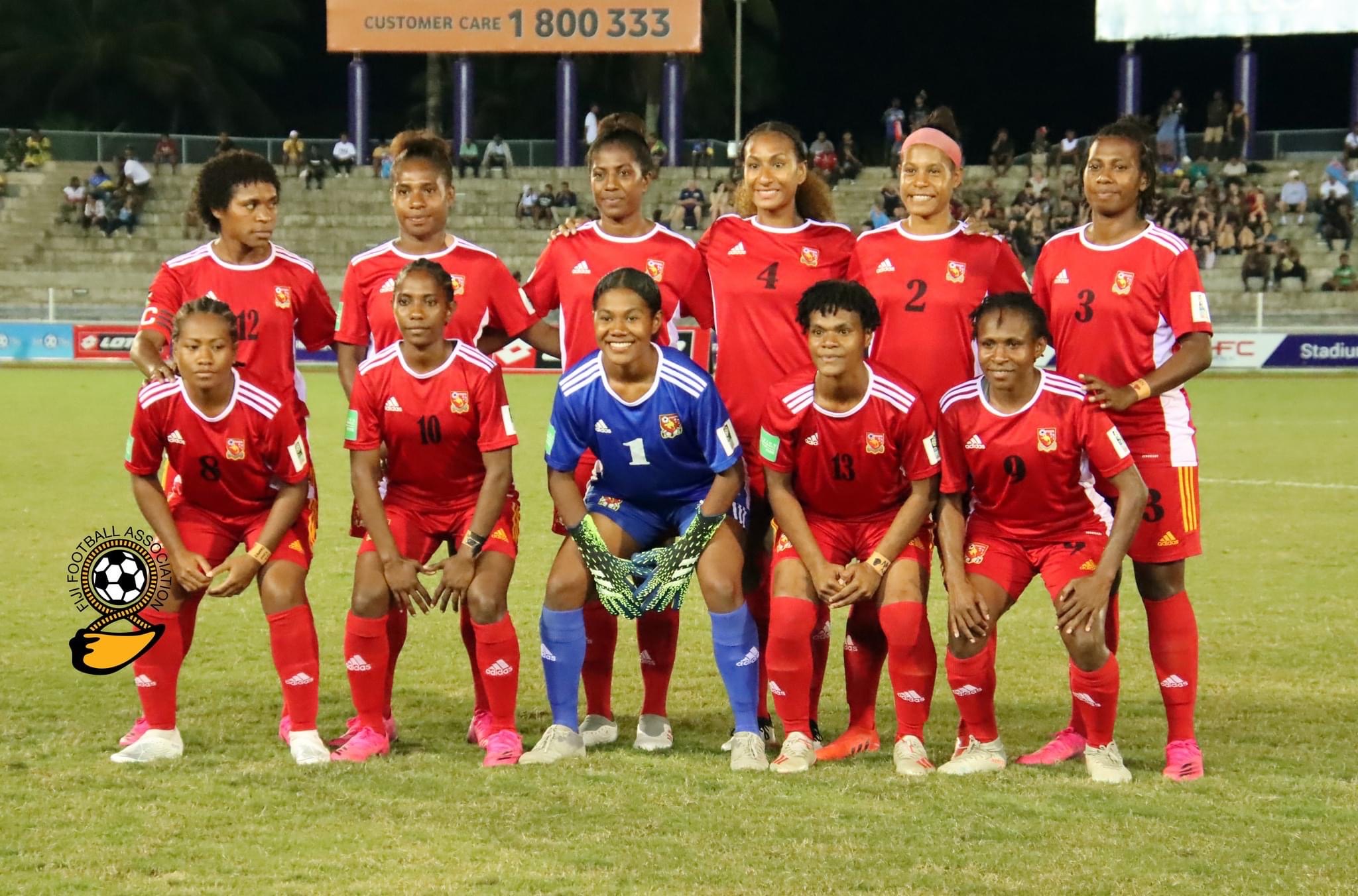 Picture : Papua New Guinea, winner for the first time of the OFC Women's Nations Cup ! Meagan Gunemba (12) and Ramona Padio (13) are the best Goalscorers of the Tournament with Jayda Stewart.

PAPUA NEW GUINEA IN THE HISTORY

Papua New Guinea have won the OFC Women’s Nations Cup 2022 for the first time after beating host nation Fiji 2-1 in the final in front of a big  crowd at the HFC Bank Stadium in Suva. After previously finishing as runners-up on three occasions PNG can finally call themselves champions of Oceania after first-half goals from Meagen Gunemba and Ramona Padio ( best Goalscorers of the Tournament with Jayda Stewart of Samoa , 6 goals each) secured the trophy, as well as qualification for the FIFA Women’s World Cup 2023 Play-Off Tournament. Papua New Guinea struck first, with Gunemba providing the clinical touch once again. Padio’s free-kick eluded Fiji goalkeeper Seruwaia Vasuitoga for 2-0. A well-placed dead ball delivery from Treena Davis found Cema Nasau at the back post, to score for Fiji. It was not enough, Papua New Guinea held on to ensure they were crowned champions of Oceania for the first time and also secure their place in next February’s FIFA Women’s World Cup Play-Off Tournament in New Zealand.

Picture : Jayda Stewart (10) for Samoa, Mesalyn Saepio (6) for Solomon Islands – the shootout made the difference !

The Solomon Islands have finished third at the OFC Women’s Nations Cup 2022 after beating Samoa 6-5 on penalties after a 1-1 draw in the third/fourth playoff . First-half goals from Samoa captain Monique Fischer and Solomons striker Jemima David meant the sides could not be separated in normal time, with the Solomon Islands winning the shootout in sudden death. All five of each team’s chosen takers scored, taking the shootout to sudden death where Shontelle Stevens saw her effort saved by Maeu’u, leaving Merina Joe to fire home the winning penalty for the Solomon Islands. For Samoa, a fourth place finish is their best performance in the tournament since 2003 while the Solomon Islands, who have twice finished as the fourth-placed side, have secured their first ever third place standing.