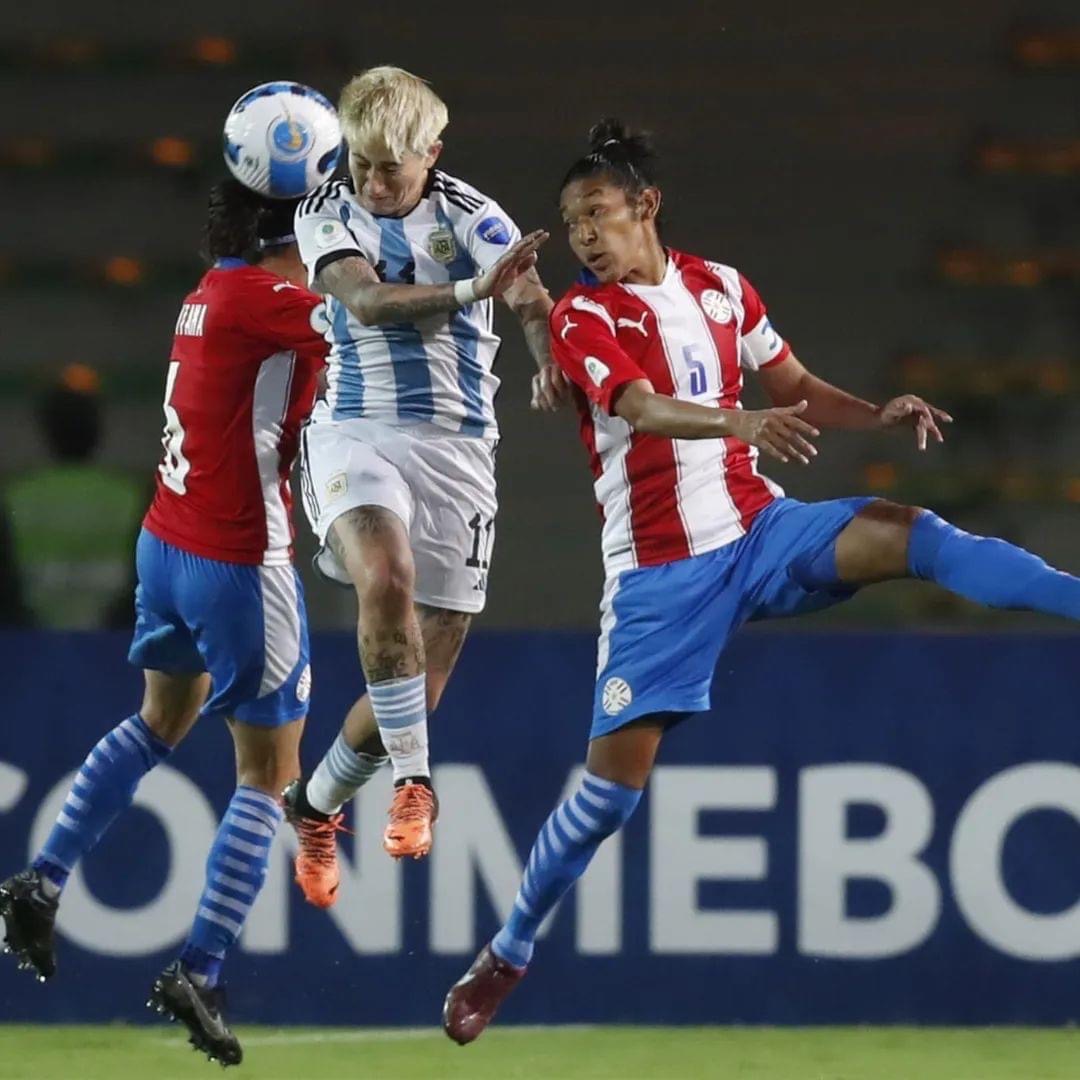 Picture : Yalima Rodriguez, the Argentine striker, is the Best Goalscorer of the Copa America 2022 until now with 6 goals !

The Albiceleste were losing to Paraguay 1-0 until the 77th minute, but turned things around and won 3-1 to clinch bronze. Argentina joined Colombia and Brazil, facing the World Cup 2023 in Australia-New Zealand. South America have so their third team qualified for the 2023 Women’s World Cup , which will be held in Australia and New Zealand.

Both teams reached the bronze medal game after falling in their semi-final duels, against Colombia and Brazil, respectively. At the Centenario Stadium in Armenia, Paraguay caused a surprise by opening the account in the 39th minute, thanks to an own goal from Romina Núñez.  Until the 77th minute, Argentina didn’t find the solution but in the final stretch of the match, the panorama changed. At minute 78, Yamila Rodríguez tied the game 1-1. The tie stretched the definition to the penalty shootout. But in the 90s, a free-kick from Florencia Bon Segundo, at the near post by goalkeeper Bobadilla, gave the Argentinians the lead. On the following minute, a new appearance by Yamila Rodríguez put the final 3-1 and the victory of the Albiceleste.

In this way, Conmebol completes its three direct quotas for the World Cup. The teams that finished in fourth and fifth place, Paraguay and Chile, advance to the qualifiers to be played next year, in a mini tournament based in Oceania. Other teams that have their place in the playoffs are Chinese Taipei, Thailand, Cameroon, Senegal, Haiti and Panama. Two teams are missing to complete the 10: one from Oceania and one from UEFA.