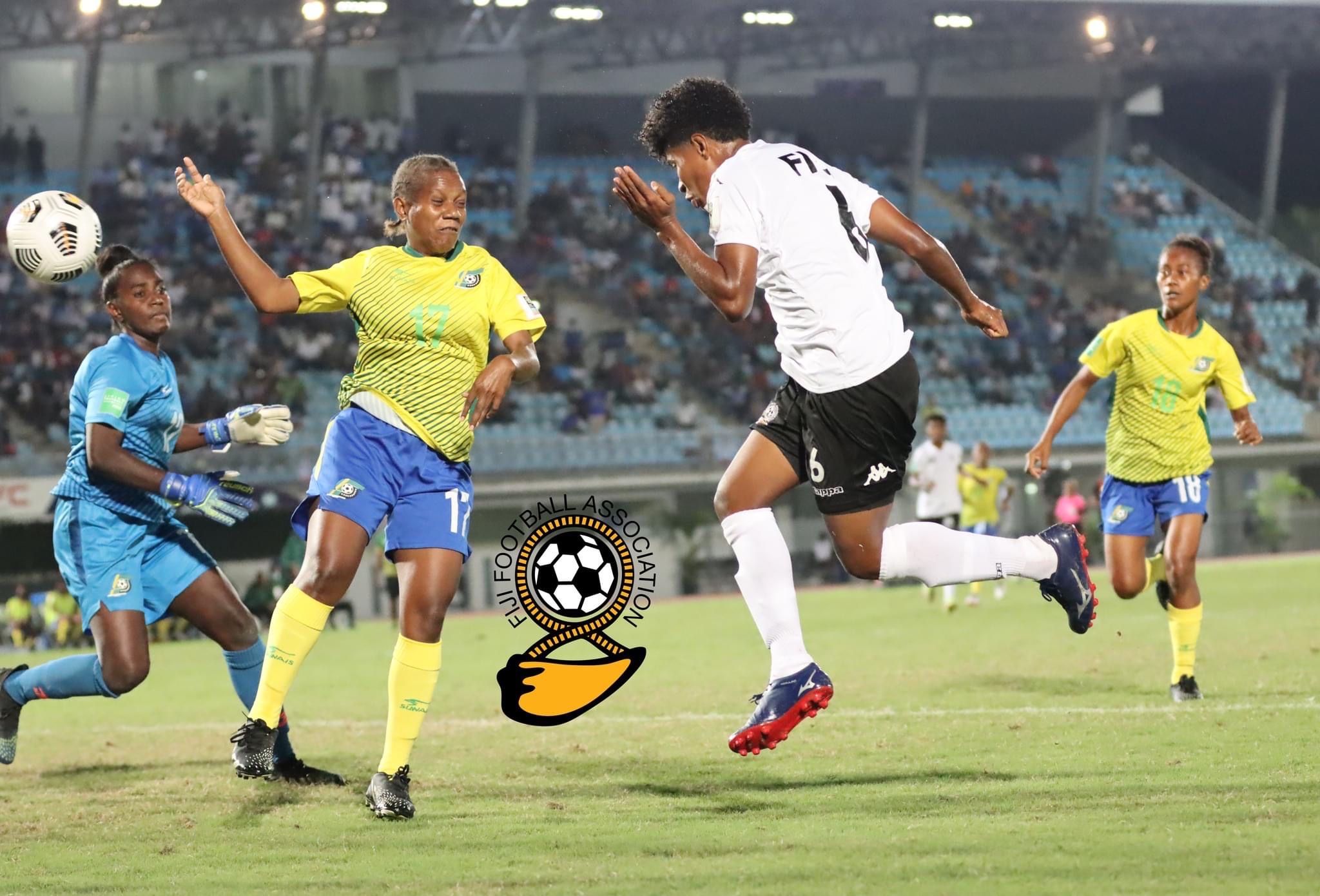 Picture : Cema Nasau (6) , one of the Best player of the Tournament so far, scored twice !

Host nation Fiji will face Papua New Guinea in the OFC Women’s Nations Cup 2022 final after beating the Solomon Islands 3-1 in front of a passionate home crowd in Suva. Cema Nasau’s first-half double and Luisa Tamanitoakula’s second-half finish secured the semi-final triumph for Fiji, after Ileen Pegi’s penalty had given the Solomon Islands the lead.

Solomon Islands captain Ileen Pegi opened the scoring very quickly with a penalty but Trina Davis delivered a wonderful cross to the head of  Cema Nasau who nodded the equaliser. Nasau, one of the stars of the tournament so far, then gave Fiji the lead with a superbly taken second goal. Solomons came close to equalising, David’s one-on-one effort well saved by Fiji goalkeeper Seruwaia Vasuitoga. Fiji dominated the game and after a chaotic moment between Rotoava and her defenders , Fiji super-sub Tamanitoakula scored for the final 3-1.

Picture : Jaydin Stewart (10) could not save Samoa, Rumona Morris (11) and Olivia Upaupa (5) joined the final with Papua New Guinea.

Papua New Guinea are into the final of the OFC Women’s Nations Cup 2022 after beating Samoa 3-0 in Suva. Meagen Gunemba’s two second-half goals, either side of Samoa having a penalty saved, secured the win after Charlie Yanding had given Papua NG a first-half lead.

The first-half pressure of Papua did pay off when Bauelua won possession in midfield , giving to Ramona Padio, whose pass split the Samoa defence to allow Yanding a finish from close-range. Meagan Gunemba, who scored a hat-trick in the last 2018 meeting, repeated her trick from the quarter-final, as her corner-kick evaded two Samoa defenders and the goalie before nestling for 2-0. She added a third goal for Papua New Guinea in the last minutes to send her team in the final !