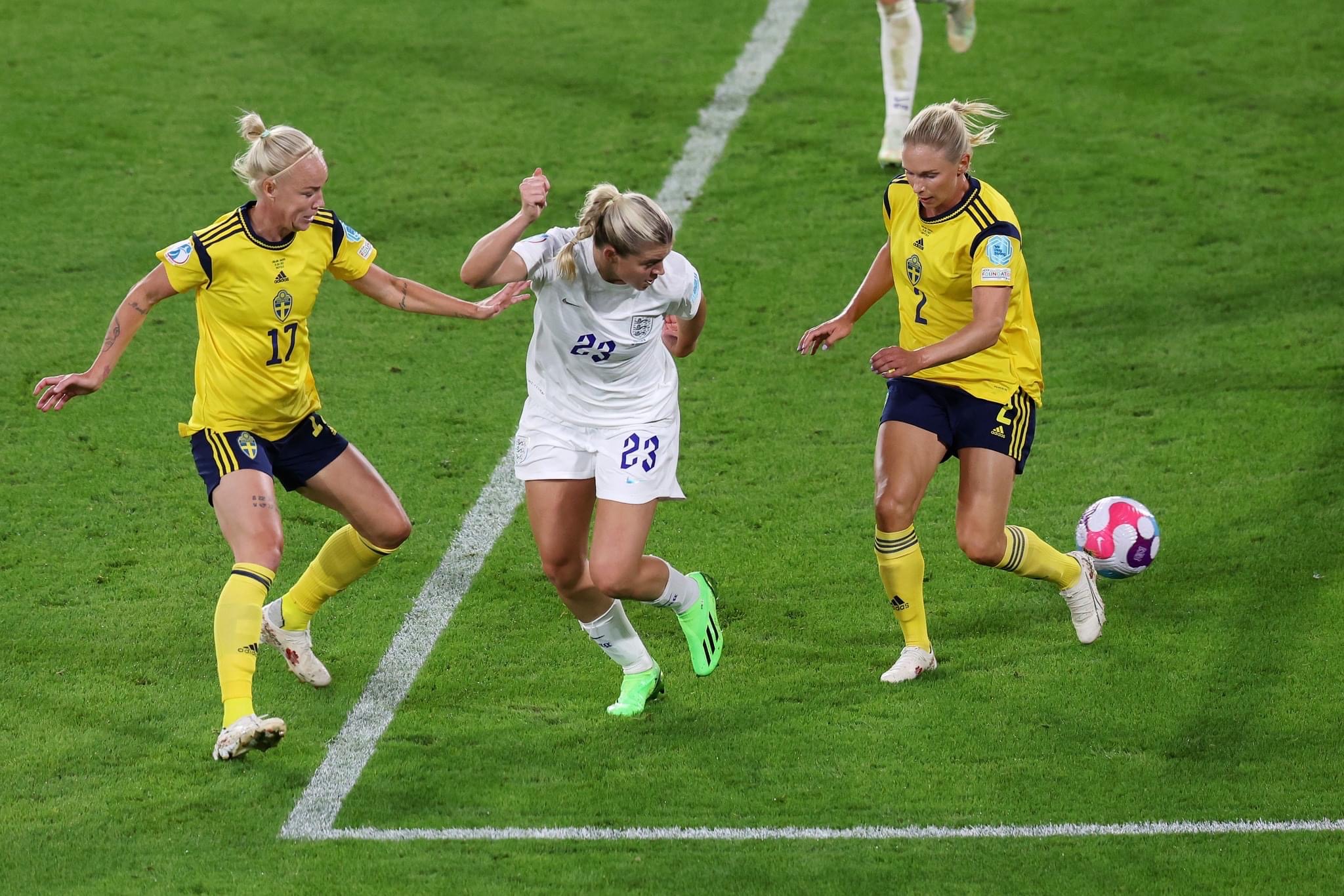 They made it ! England will have the chance to win a first-ever major women's tournament in front of a sold-out Wembley this weekend after beating Sweden 4-0 in Sheffield on Tuesday to reach the Euro 2022 final. And Sweden had not lost in open play in 34 matches stretching back to the World Cup semi-finals in 2019 ! Substitute Alessia Russo's stunning backheel through the legs of Sweden goalkeeper Hedvig Lindahl sealed a special night for the Lionesses with Beth Mead, Lucy Bronze and Fran Kirby also on the scoresheet to set up a clash against Germany or France on Sunday. After semi-final heartache in the last three major tournaments, it was fourth time lucky for the Lionesses to the delight of the home crowd of 29,000 at Bramall Lane.

Beth  Mead made it possible after a bright start by Sweden (25 minutes domination)  when the Arsenal forward smashed home her sixth goal of the tournament. Lucy Bronze's header early in the second half then opened the floodgates, but it was Ms. Russo's finish that was stunning ! The Manchester United striker first effort was parried by Helvig Lindahl, but she embarrassed the Swedish Goalkeeper by using her heel to thread the rebound through her legs. Lindahl's nightmare evening was rounded off 14 minutes from time when she got a hand to Ms. Kirby's chip but failed to keep it out. A record crowd for a women's Euro of 87,000 is expected at Wembley for the final, hoping England will end a 56-year wait for a major title in either men's or women's football.