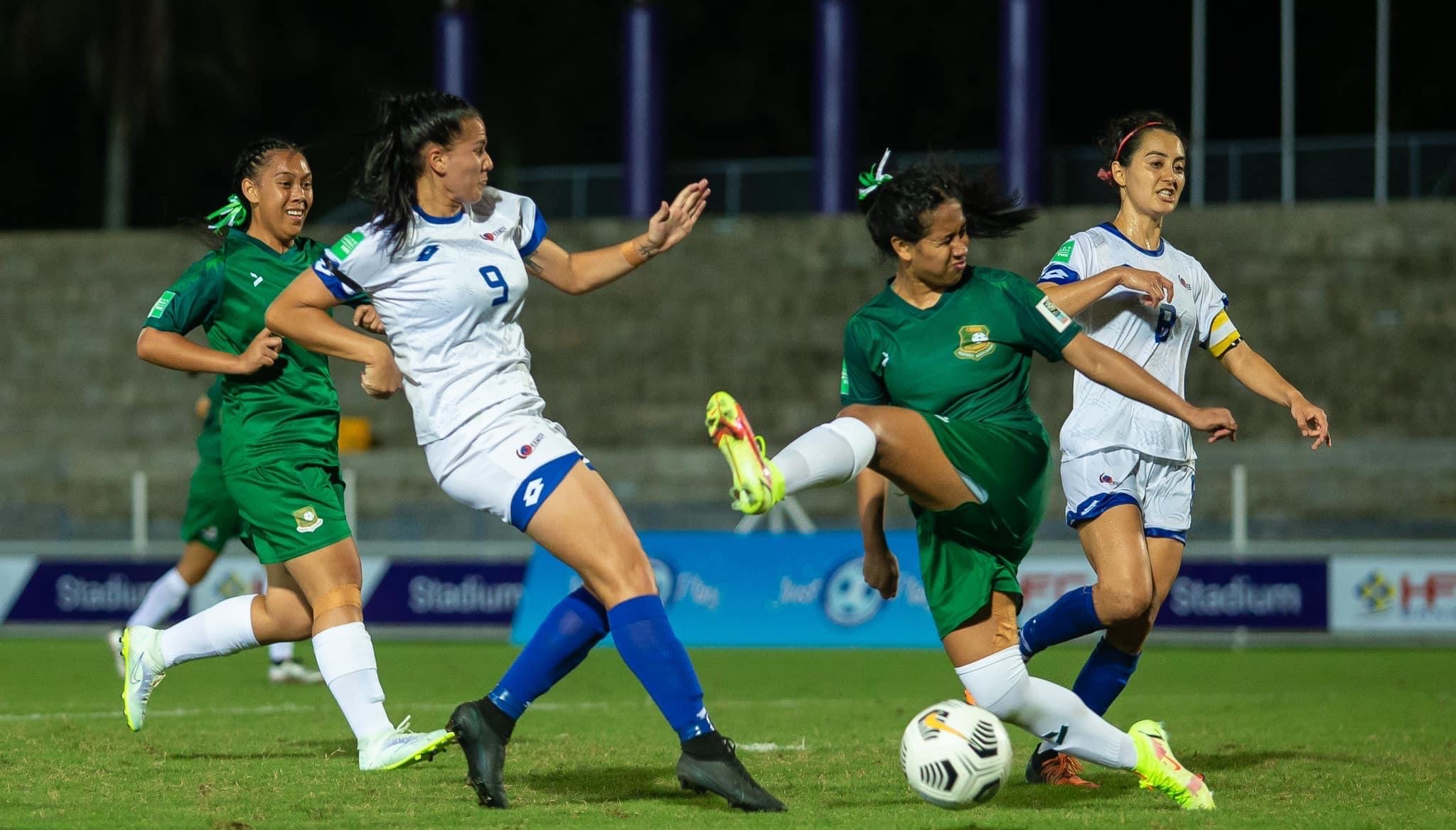 Picture : the two teams are qualified for the next step !

SAMOA AND COOK ISLANDS IN QUARTER

The Cook Islands National Women’s Team played their deciding match against Samoa, ending it with a 1-0 score to Samoa. Despite the lost, the Cooks will still progress to the Quarter Finals.

Finishing second runner up in their pool, Cook Islands will play the winner of Group C on Sunday 24th July to confirm their spot in the semifinals. Samoa had secured a 1-0 lead over the Kuki girls in the first half, with a goal of Jayda Stewart. Samoa pressed high the pitch not allowing the Cook Islands to pass out from the back, but the team still held their ground. Young Kimberly Uini led her backline along with defender Teretia Teinaki, making sure to keep out any through balls out of the goal.

Coming back on field second half, the Cook Islands took control of the ball in the first minutes of the 45-minute half. Samoa made many attempts to take another shot but were just short of another goal, as the Kuki girls made sure to protect the goal at all times, which ended their decider in a one nil loss but still qualifying to play in the quarter-finals. Samoa, leader of the Group, is one of the favorites of the Tournament.