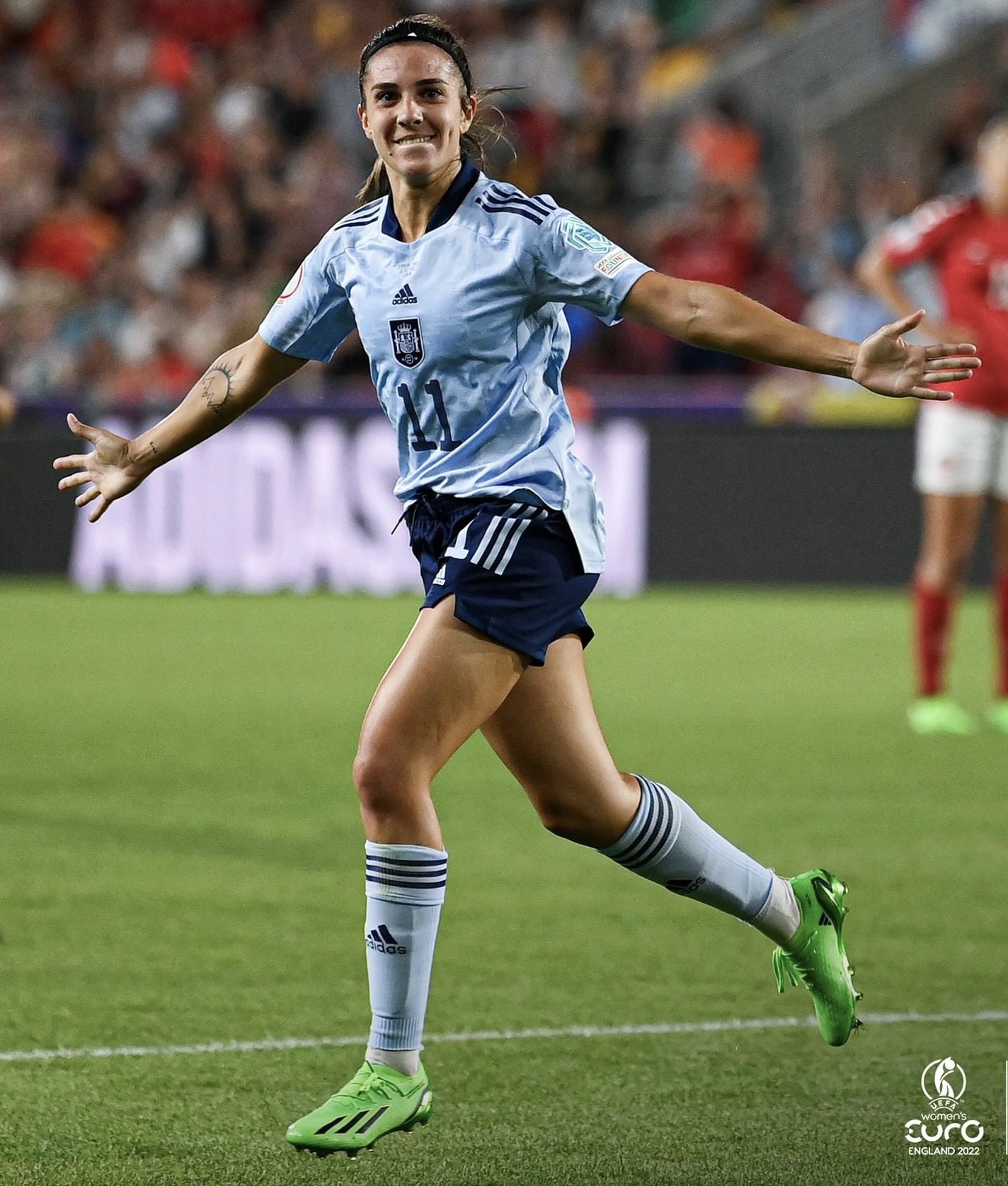 Picture : Marta Cardona scored the winning goal for Spain in the last minute.

England will face Spain in the Euro 2022 quarter-finals after Marta Cardona headed in a last-gasp winner to give Spain a 1-0 victory over Denmark. Spain controlled the match at the Brentford Community Stadium and were finally rewarded for their efforts in the 90th minute. Cardona headed over Danish goalkeeper Lene Christensen after Olga Carmona’s assist. Denmark were well organised, but were unable to find their way through their highly rated opponents, needing a win to avoid an early exit. Spain dominated possession through a lack of creativity up front in front of 16,041 fans in West London. Pernille Harder had the first significant chance of the match. Athenea del Castillo and Mariona Caldentey had the chances for Spain just after the half-hour mark

The second half started much the same as the first, with Denmark successfully holding off Spain at the back . Denmark’s best chance of the game came in the 78th minute when Nadia Nadim found rare space in the box and was able to shoot, but Panos made a crucial save. In the last minute, Marta Cardona made the winning goal to push Spain in the Quarter final.

The eight-time champion, Germany, who had already qualified for the quarter-finals as Group B winners after beating Denmark 4-0 and Spain 2-0, made a series of unsuccessful attempts on goal before taking the lead in the 40th minute through by Sophia Kleinherne’s header (picture up) against Finland. Germany’s captain Alexandra Popp continued her scoring streak in her debut European Championship campaign (having missed the last two editions due to injury) by doubling the lead with a 48th-minute header, scoring already her third goal. Substitute Nicole Anyomi later added a third for Germany .While Germany are next in action with a round of 16 clash against Austria in Brentford on Thursday, Finland, came out without a point to their name.