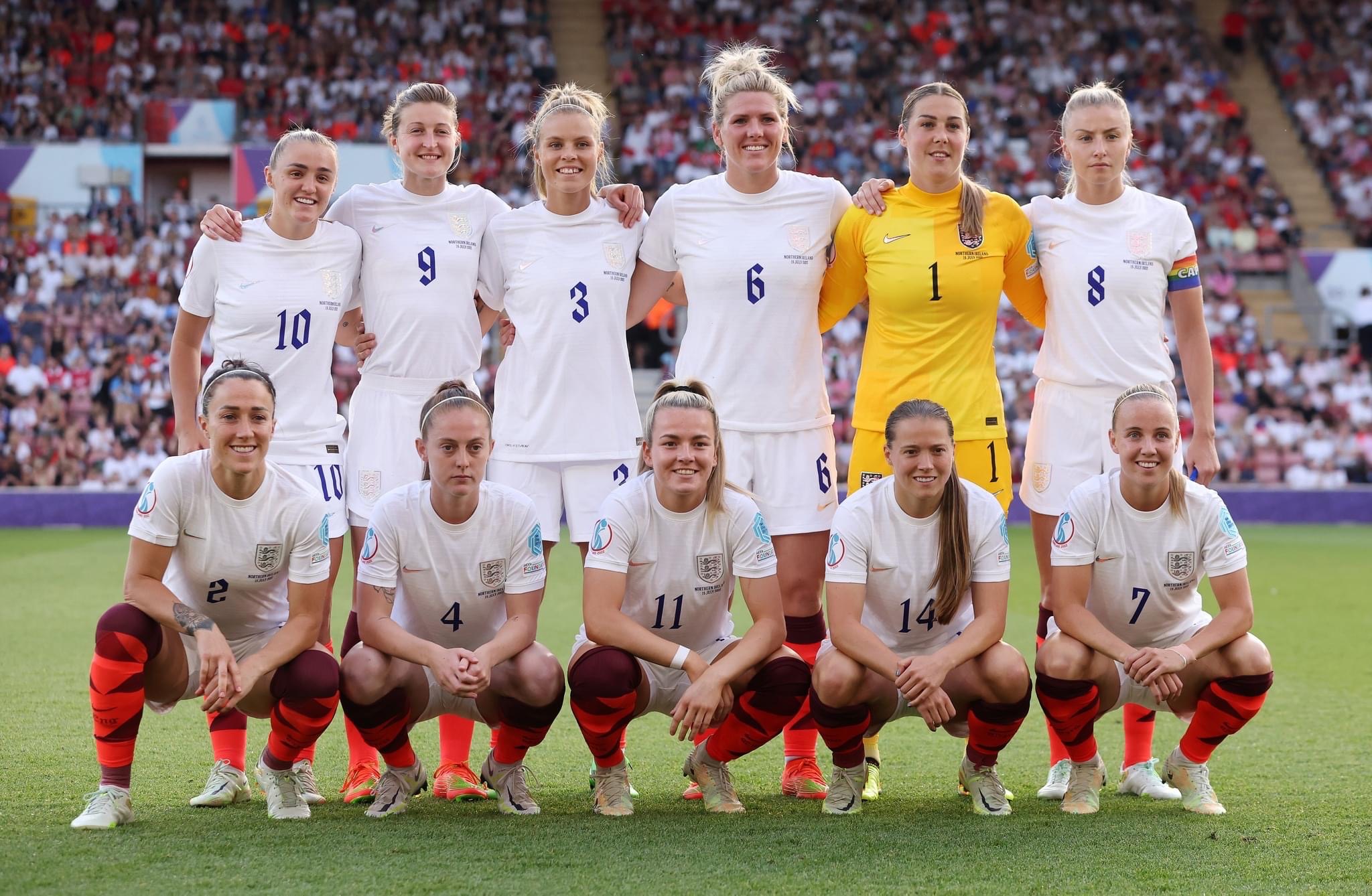 England ensured that they finished their European Championship group stage with a record as they beat Northern Ireland 5-0 in front of 30,785 fans at St Mary’s. In the process of beating their rivals, the Lionesses broke the record for the most goals scored in group stage with 14. They also finished the trio of matches without conceding, equally Germany’s record from the 2005 Euros. Sarina Wiegman was not in charge for the game after testing positive for COVID-19 but she will have been impressed by what she saw from her side. A piece of magic from Fran Kirby brought the opening goal after 40 minutes as she bent a right-footed effort into the top corner from the edge of the box. Beth Mead soon made it 2-0 heading into half-time and, from there, the floodgates opened.

Alessia Russo was introduced in place of Ellen White at half-time and within just eight minutes, the 23-year-old had herself a brace thanks to a brilliant header and intricate footwork which brought about her second. England rounded off the scoring through one of their opponents as substitute Kelsie Burrows was unfortunate to skew Mead’s cross over her own goalkeeper and into the back of the net. They now move into the quarter-final where they will face either Spain or Denmark who do battle on Saturday evening.

Picture : Austria was semi finalist in the last Euro 2017 and is again qualified for the Quarter finals !

Norway headed into their last group game knowing that only a win would see them through, due to their inferior goal difference after they were thumped 8-0 by England. Austria only needed a draw, and they went ahead after 37 minutes when a superb header from Nicola Billa nestled into the bottom corner. Martin Sjogren’s side were unable to respond, so Austria will face Germany in the last eight at the Brentford Community Stadium on Thursday and Norway are heading home. One of the big surprises in that Euro.