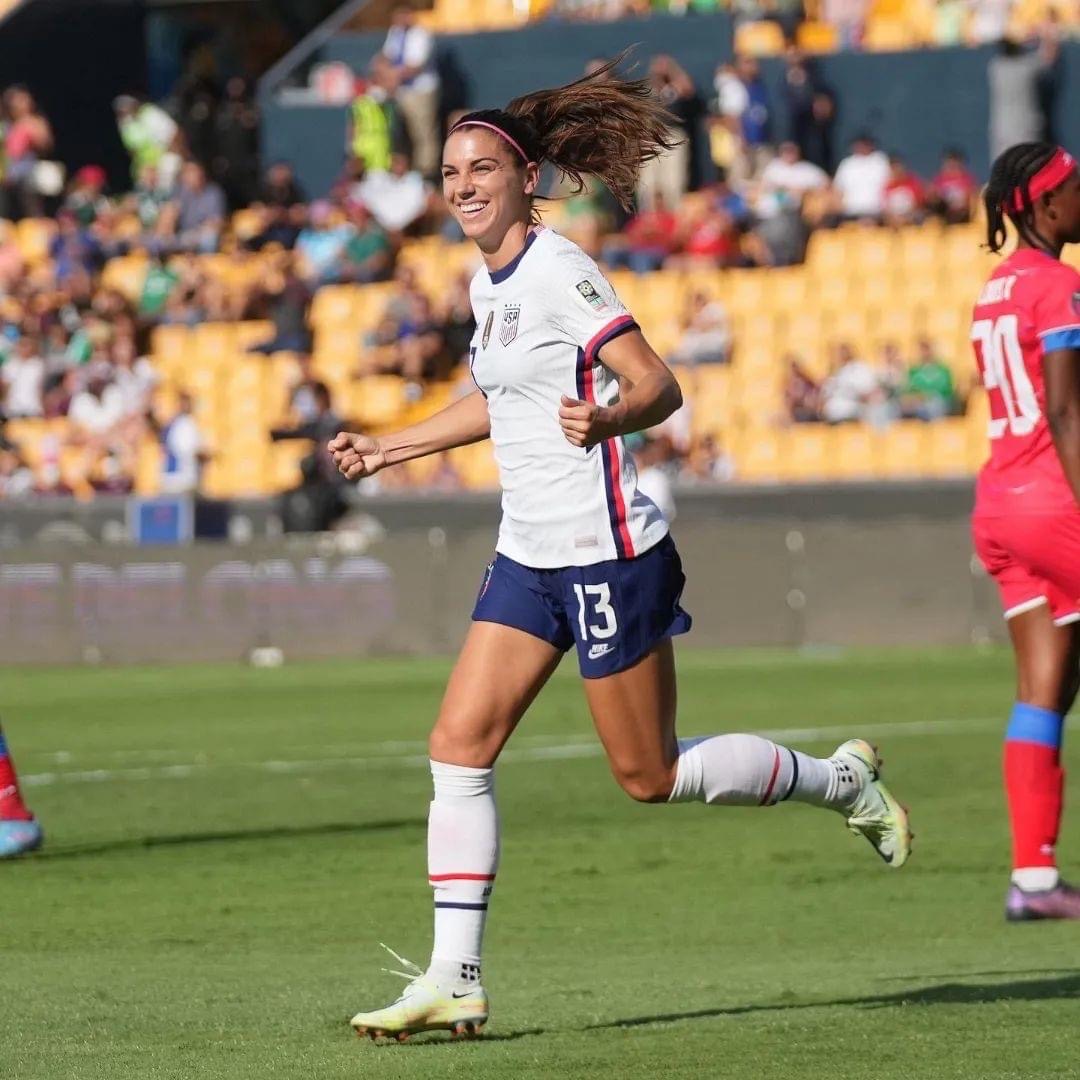 3 POINTS FOR USA AND JAMAICA

U.S.A and Haiti opened group play in the Concacaf Women’s Championship, which is serving as a World Cup qualifier. Played in Monterrey, Mexico, the game saw the U.S. team as the clear favorite, having defeated Haiti’s national team in each of their seven previous games.

Haiti began the match with aggressive offensive tactics and a formidable defense but in the 16th minute, Alex Morgan found the back of the net with her feet, and seven minutes later found it again with her head. The brace by the NWSL’s lead goal scorer this season took her total of goals for USA to 117 and her 2022 goals to aleady 17 in 4 months ! A penalty shot by Haiti’s Roselord Borgella, luckily for the U.S., hit the post, sent the American women off the field at halftime with a 2-0 lead . The red card handed to Borgella after she accidentally cleated U.S. full back Kelley O’Hara was reduced it to a yellow after a VAR decision.

The  second half included a handful of attempts from both sides, dangerous especially by Melchie Dumornay, Haiti’s strongest, and most versatile player, one of the best World talents (she was already nominated last year in the Women’s Youth Best Team of the year by IFFHS) ! The U.S. also had a potential penalty shot for Mallory Pugh and a goal for Alex Morgan both stamped out due to offside calls. Megan Rapinoe entered the field in the 74th minute, she connected with Midge Purce 12 minutes later for the third and final goal for US team.

The Mexican women’s national team, who are the hosts of this tournament, were stunned at El Volcán by Jamaica. The Reggae Girlz took three points, with the game-winning goal coming early in the first half with Manchester City striker Khadija “Bunny” Shaw (picture up) scoring in the 8th minute, heading the ball into the far corner of the net. Coming out for the second half, Jamaica had another key chance when Shaw chipped the ball over Alvarado on a breakaway, but the ball bounced off the post and away from goal.

Mexico, with the Solaun penalty miss and the post helping out, had some chances in the second half to equalize, but nothing could get past Jamaican goalkeeper Rebecca Spencer, who earned her sixth clean sheet in just her seventh game. For Khadija Shaw, it was her 52nd goal in only 37 games for Jamaica, a remarkable rate of 1,4 goals per game.