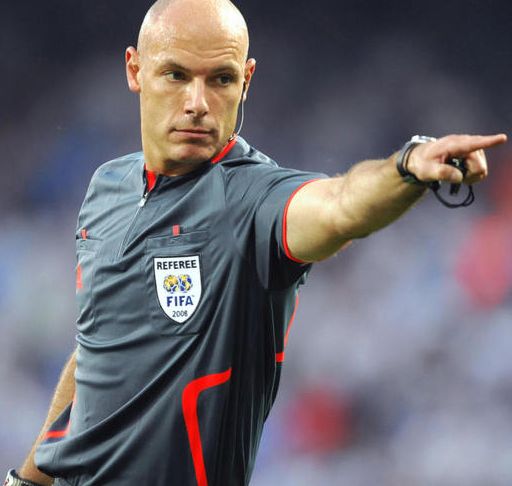 Selected editorial offices and experts from 70 countries and from all the football continents took part in the 2013 annual election for the World’s Best Referee, the 27 th time it has been carried out by the IFFHS. The « Top 10 » come from 9 different countries, only Italy is represented by two referees.

After winning in 2010, his second place in 2011 and his third places in 2009 and 2012, the Englishman Howard Webb is for the second time in his career the World’s Best Referee of the Year 2013. Howard Webb, 42 years old, has been an international referee since 2005 and is one of the youngest referees to begin in the English Premier League. At 27 years, he began as assistant referee and since 2003, he officiates as full referee in the Premier League. He is highly respected in the World of football for his clear-sightedness and for his bright authority. He is incontestably the N°1 referee in the world and has been for the last 5 years.

Nicola RIZZOLI (Italy) took the second place and made a great jump to the Top 3, after an 8th and 10th places in the last two years. At 42 years old, he has a regular progression in his career and he preceded the Hungarian Viktor Kassai (38 years old), who has been the principal competitor of Howard Webb in recent years. Kassai won in 2011, was 5th in 2010 and 4th in 2012. His third place in 2013 proves his recognition in the football world. He leads also a young generation of referees like the German Brych or the Turk Cakir, who were before last year’s winner ,the Portuguese Pedro Proença (place 7 in 2013).