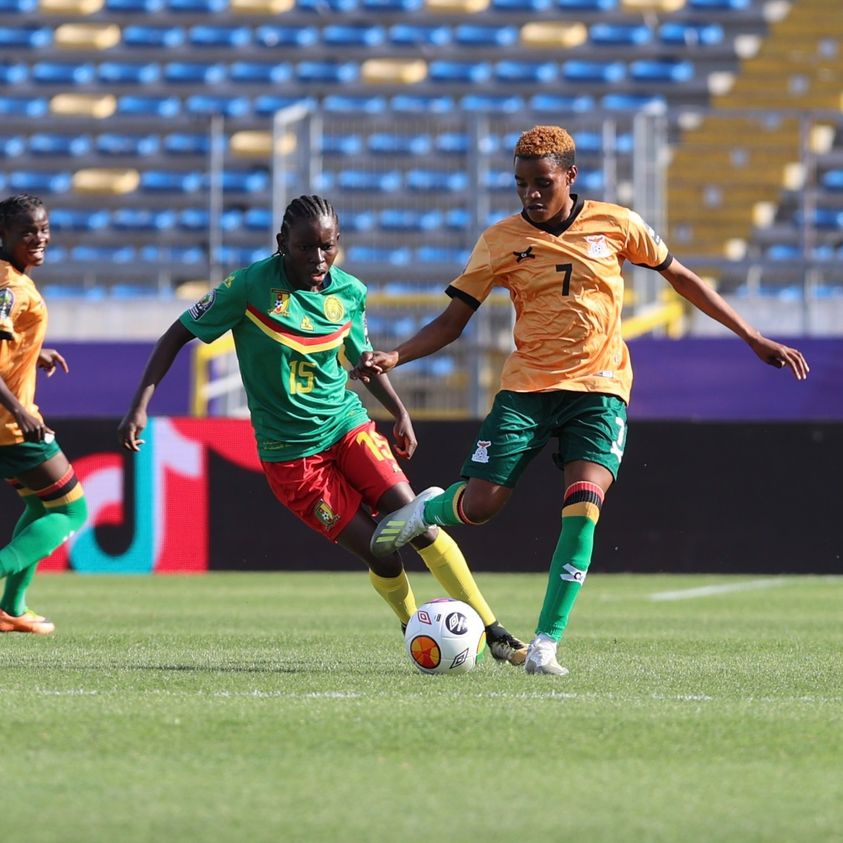 It was in their 4-1 drubbing of Togo when the two met Sunday in a group B fixture at the Mohamed V stadium in Casablanca. Mariem Houij scored the fastest goal yet in the history of the tournament finding the net in the first minute. Sabrine Ellouzi ( picture down) scored the first of her brace on 12 minutes. Togolese reaction came in through Odette Gnintegma ten minutes on when she transformed a penalty, the first goal for Togo in the History of WAFCON !. Superior in play and fire power, Tunisia got the fourth goal on 71 minutes courtesy of an own goal by goalkeeper Amouklou Amé. The losers and debutants, Togo did further learn the ruthlessness of the continental stage when Djankalé Mégan Ella had  earlier been dishonored on 54 minutes with the first red card in this year’s tournament.

By scoring the fastest goal yet in the history of the tournament Mariem Houij unquestionably qualified to be named Woman-of-the-match as Tunisian warning was certainly received by their other group mates, Cameroon and Zambia who had played to a 0-0 tie in an earlier game. Stripped of the charismatic Barbara Banda in the final selection, third time participants, Zambia fought favorites and twelfth attendants, Cameroon to a standstill. A 52nd minute VAR checking did not offer Cameroon the penalty clamoured for after Lushomo Mweemba touched the ball in the box; while luck further denied them a 90th minute goal when the latter valiantly headed away the ball from trajectory after Flora Kameni had headed a lob over the Zambian keeper. At the end of the match whose last thirty minutes were managed by an assistant referee following a muscle cramp that had necessitated a massage of the lady in charge out of the pitch, Zambian player, Margaret Belemu received the Woman-of-the-match award.

At the Prince Moulay Abdellah stadium in Rabat, two-time participants each met with Senegal having the upper hand prevailing 2-0. Ndeye Diakhaté (picture up)  gave her side the lead when she transformed a 39th minute penalty, the first in the tournament. Nguenar Ndiaye made it 2-0 after an initially thought offside goal was validated upon VAR checking. Several attempts by Uganda to find the back of the net were thwarted by the excellent goalkeeper Thiaba Sene who would receive the Woman-of-the-match award at full time.

Group C swings into action this Monday evening at the Moulay Hassan FUS with the Nigeria vs South Africa clash of the heavy weights at 6 p.m. followed by the debutants fixture between Burundi and Botswana at 9 p.m.