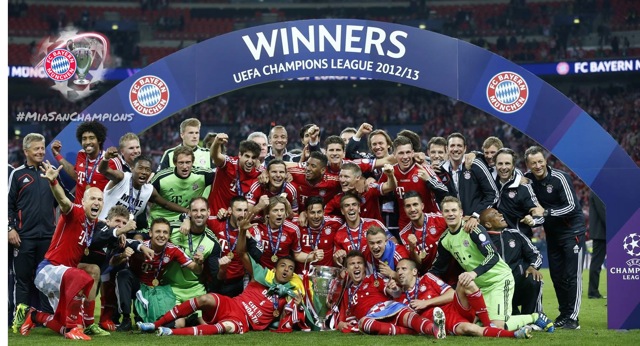 Since 1991 IFFHS creates the Club World Ranking with all the match results from all official competitions in the world. For first time in the history of the Club World Ranking a German team is the winner. FC Bayern München reached the second best score in Club World Ranking, surpassed only by FC Juventus with 372,7 in 1993 – when it was ancient rules. The team coached by Jupp Heynckes won the both German domestic competitions and the UEFA’s Champions League, and later with Josep Guardiola won UEFA’s Super Cup and the FIFA Club World Cup.

It is remarkable to see the presence of FC Basel in seventh place. The swiss team did an extraordinary campaign through the year, so in domestic championship as continental competitions.

South American teams had an irregular season. The best team was Clube Atlético Mineiro. It’s performance in FIFA Club Word Cup was disappointing. It seems that Apertura/Clausura system causes many changes for the best teams in the same year.