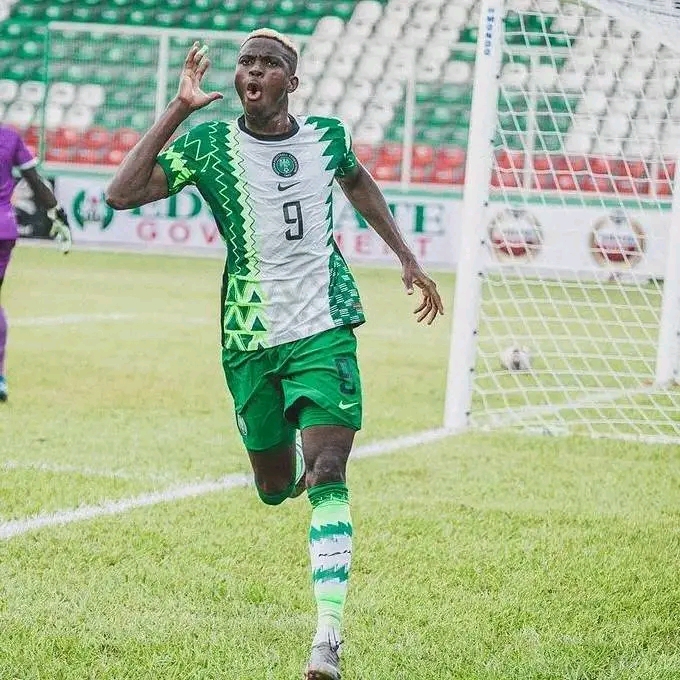 Portuguese trainer, José Vitor dos Santos Peseiro handed the Super Eagles of Nigeria their greatest win yet yesterday when they drowned Sao Tome & Principe 10-0 at the Adrar Stadium, Agadir. Star player, Victor Osimhen added a bonus goal to his hat trick in what was a warning signal sent to their group mates of the qualifiers ahead of match day 3 in September. On the other hand, although the match day 2 fixture of qualifiers for the TotalEnergies AFCON 2023 was celebrated in its own right by the Super Eagles, it was only the second heaviest defeat for the Green and Yellows who lost to Congo in 1976 0-11 in a Central African Games fixture.

In two other games to close the match day on the continent, Sierra Leone played to a 2-2 draw with Gambia, and Liberia lost at home to Morocco 0-2. Noteworthy that the match day 2 that went underway as early as last week noted such happenings as Ethiopia’s 2-0 defeat of ‘ Salahless’ Egypt, the 0-0 draw between Lesotho and Ivory Coast, and Cameroon’s 0-1 defeat of 137th ranked Burundi which has since divided the Cameroon football family following the utterances of exasperated federation boss, Samuel Eto’o who gave the players a resounding smash at the end of the game. “No one as yet is guaranteed a place in the Cameroon Qatar 2022 lineup and there will be no complacency in the choice of players when the time comes… don’t come here if you are not ready to defend the flag of the country I can lay down my life for,” hammered the AFCON all-time highest scorer. Eto’o, who since qualification for the World Cup has been urging his boys to aspire for at least a semifinals appearance in the tournament thought the Cameroon team’s performance was lackadaisical and blamed it on nonchalance in the field of play.