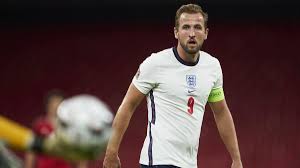 Picture : Harry Kane has scored in the game vs Germany (1-1) his 50th goal for England. He became the 2nd player in the history to reach this milestone after Wayne Rooney (53).

Statistics on international games of 6-11 June*Germany, after 1-1 vs Hungary, have now 4 consecutive draws. This is their first such streak in the history (including West Germany period).In their Nations League record, Germany have tied in 8 games out of 13.*In almost half of their Nations League games (including last 0-0 vs Italy), England failed to score. Also, from last 8 cases in all competitions when England didn’t score, 7 occurred just in Nations League.*France, have tied 1-1 with Croatia, are unbeaten in this rivalry. They have played 9 matches against Croatia since their first in 1998.*Poland’s 1-6 loss to Belgium is their biggest defeat in a competitive game since 1 November 1965 when they were beaten with same score 1-6 in a World Cup qualifier by Italy.Last time overall Poland have conceded 6 goals in a friendly vs Spain in 2010 (the score was 0-6).  *Netherlands have won their 9th game out of 9 vs Wales (2-1). The only other opponent Netherlands have played as many games against and still have a 100% winning record is Cyprus.*Netherlands’ draw (2-2) vs Poland ended their 19-game winning streak at De Kuip stadium in Rotterdam. But “Oranje” are still unbeaten in 29 consecutive games at this stadium (23 wins, 6 draws).*Marko Arnautovic became the 3rd player with 100+ games for Austria, after Andreas Herzog (103) and Aleksandar Dragovic (100).*Uruguay beat Panama 5-0 in the friendly. They had not won a match by 5+ goal difference since 13 November 2013 (5-0 win in Amman against Jordan).