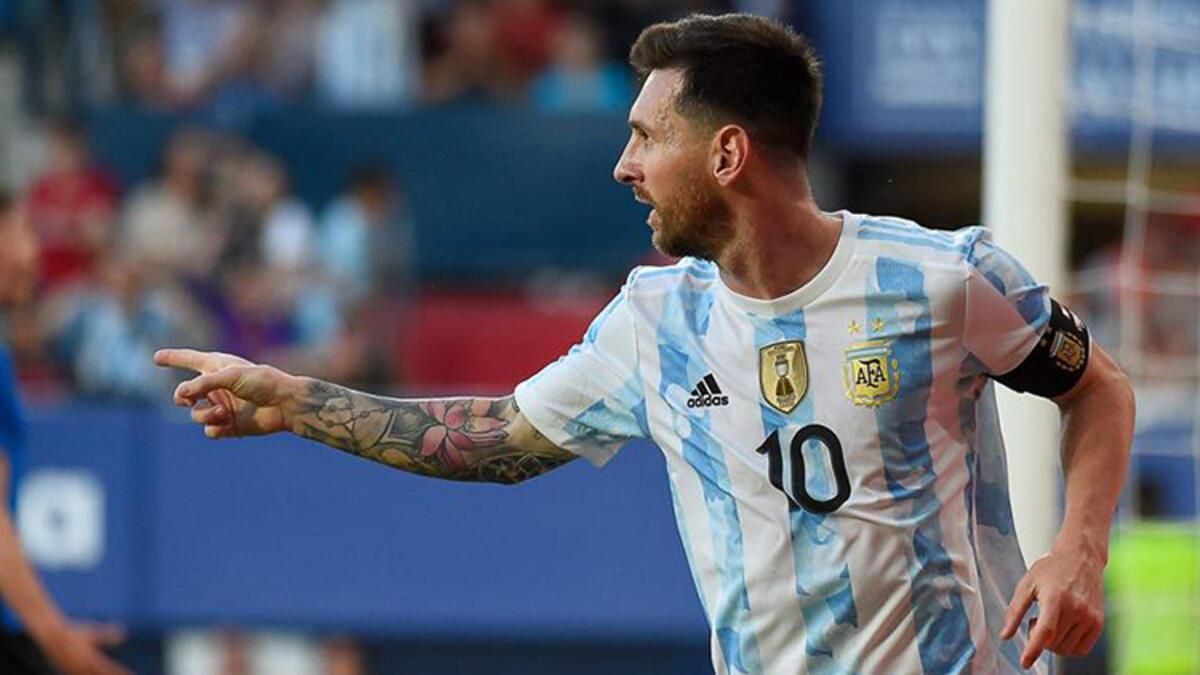 THE FIRST FOR LIONEL MESSI !

Messi’s first penta-trick for Argentina!*Another great feat from Lionel Messi: 5 goals scored in one game (a friendly Argentina vs Estonia 5-0)! He equaled his personal record and made the 2nd penta-trick in his career, after scoring 5 for Barcelona vs Bayer Leverkusen on 7 March 2012 in the game Champions League round of 16 (7-1 win).Cristiano Ronaldo also has 2 penta-tricks in his career.*This is 8th hat-trick of Messi for national team (in all 7 previous cases he scored 3 goals) and 56th overall in the career. In both these categories, he concedes to Cristiano Ronaldo (10 and 60 respectively).*Five out of eight Messi’s national team hat-tricks occurred in the friendlies. For comparison, Cristiano Ronaldo scored all his 10 hat-tricks in competitive games.*Messi has raised his tally for Argentina from 81 to 86 goals cruising past Ferenc Puskás (84) in the historical ranking. Now Messi is 4th best national team goal-scorer, after Cristiano Ronaldo (117), Ali Daei (109) and Mokhtar Dahari (89).*Messi equaled the record of Argentina national team on goals scored by player in a game. He is the third in its history to make a penta-trick, after Juan Andrés Marvezzi and José Manuel Moreno.In the all cases the name of opposition started from E (Ecuador, Estonia).