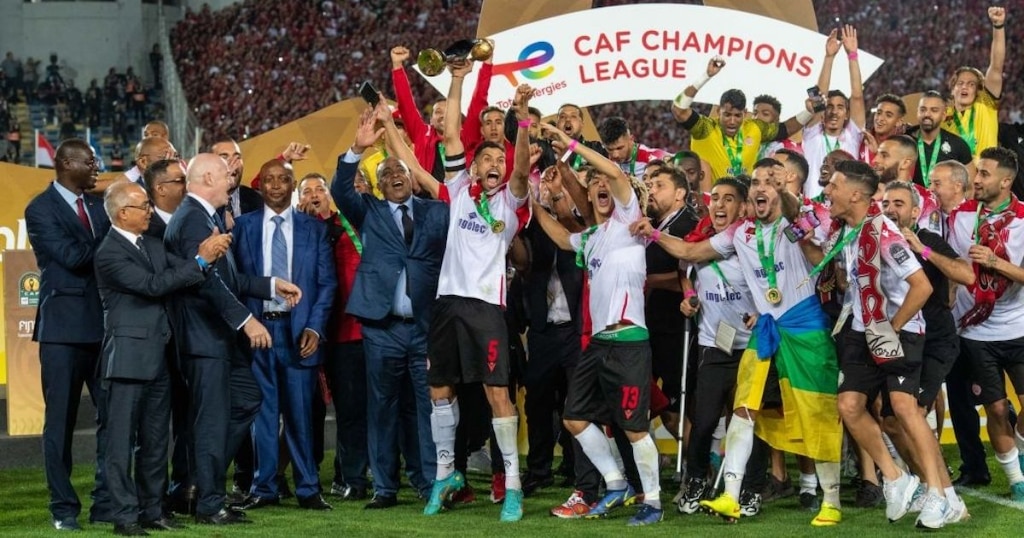 Al Ahly fears and even protests to CAS to move the final from the home ground of their opponents to avoid undue advantage can wrongly be vindicated following their loss. But the reality from the Mohammed V Stadium showed unequivocally that the better side won the 58th CAF Champions League final this Monday night, 2-0 courtesy of a brace by eventual Man-of-the- match, Zoubeir El Moutaraji.

Predictions had put Guy Mbenza, credited with 9 out of the 20 goals  scored by Wydad in this year's tournament under the bright spotlight but it was El Moutaraji who emerged. The night's twinkling star stunned keeper El Shenawy on 15 minutes with a 30-metre right foot thunderbolt, before sealing Ahly fate in a double intrusion on 48 minutes after El Shenawy's effort had proven less than potent in front of the marksman. Attempts by Ahly's South African coach Pitso Mosimane's boys to retain the trophy won in 2020 and 2021 were firmly stifled to the excitement of an overwhelmingly boisterous home crowd as South African referee, the same one who officiated when the two teams played the second leg semifinals of the same tournament in 2020, Victor Gomes soundly kept law and order.

At the end of deliberations CAF and FIFA chieftains, Patrice Motsepe and Gianni Infantino, respectively, jointly handed over the trophy to Wydad's captain, Yahya Jabrane as the newest CAF Champions League winners celebrated just their second title of the tournament after the 2002 victory. They now qualify to take on RSB Berkane in both the national and continental Super Cup editions, and then represent Africa in the next Club World Cup.