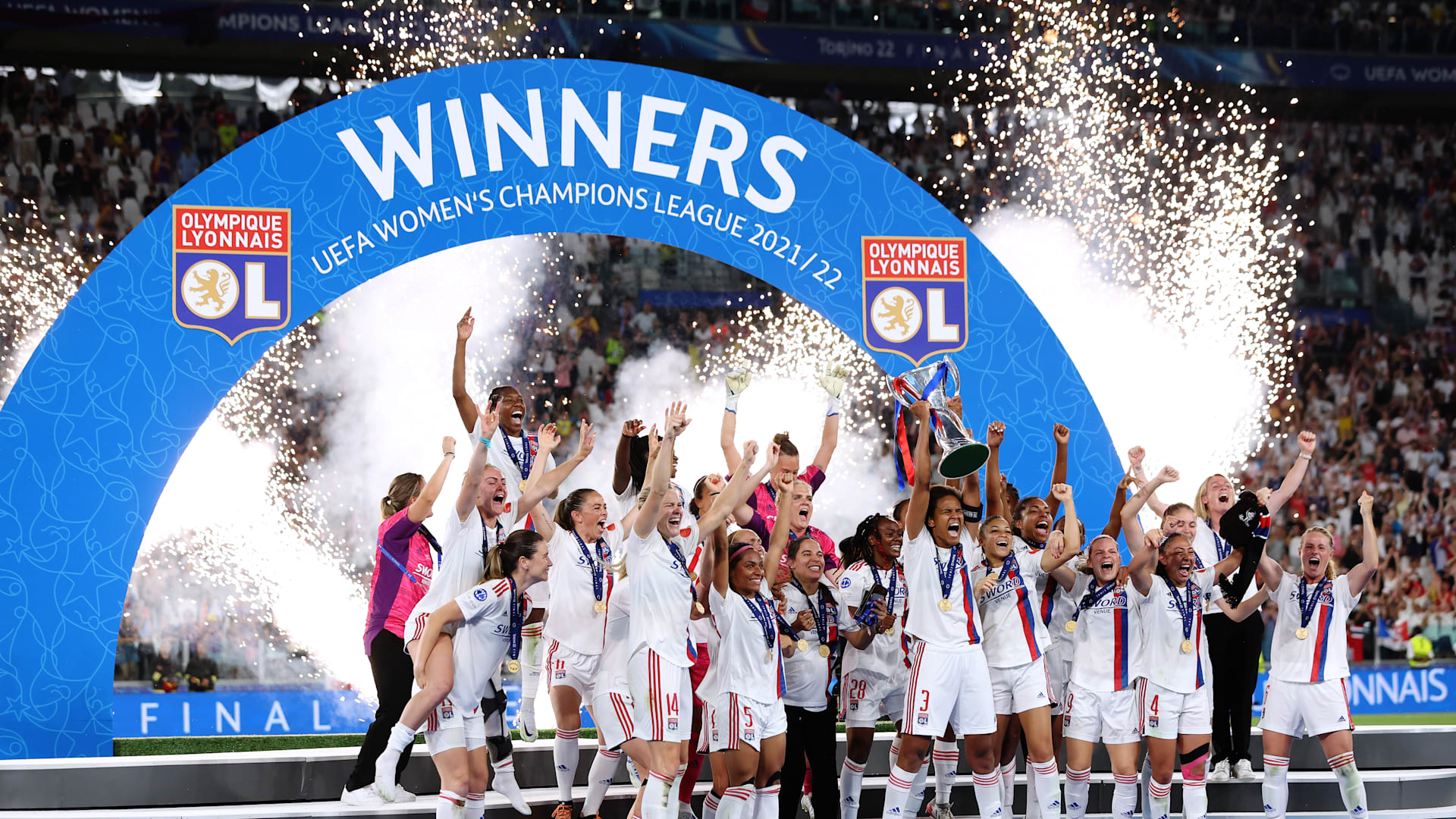 LYON AT THE TOP !

Olympique Lyon returned to the head of European football with an eighth title yesterday in Turin (Italy) after a marvellous victory over tournament holder FC Barcelona ! It was a great football game, one of the best never seen in Women's football History.

-       Sonia Bompastor, the coach of Olympique Lyon, became yesterday the first woman to win the UEFA Champions League as a player and a manager ! She was part as captain of the successfull Lyon side in 2011 and 2012.

-       Ballon d’Or holder Alexa Putellas scored her 33rd goal of the season and 11th of this campaign, winning the crown of Best Goalscorer 2021/22 in the competition. It was not enough to give a second UEFA title to FC Barcelona.

-       Arriving in Turin with a competitive record of 41 wins and only one defeat in the season, Barcelona was the favourite, but could not match Lyon, stronger in Turin.

-       There were 32 257 spectators in Turin for this UEFA Champions League final, the second best crowd in the Final History.

-       Christiane Endler, crowned by IFFHS THE WORLD’S  BEST GOALKEEPER 2021 before … Barcelona’s Sandra Panos, is the first Chilian to win the Champions League !

-       Catarina Macario and Lindsey Horan joined their US teammates Alex Morgan and Megan Rapinoe to win an UEFA Champions League title with Lyon ! Macario is the first US American ever to score in a UWCL final !

-       She made yesterday her return to the pitch after a long injury : Lieke Martens came back in the second half, but she couldnt change the result of the game.

-       Elie Carpenter, Australia's young star, has already won her second Champions League title. She left the field early due to a serious injury, but she joined the celebrations on one leg anyway !