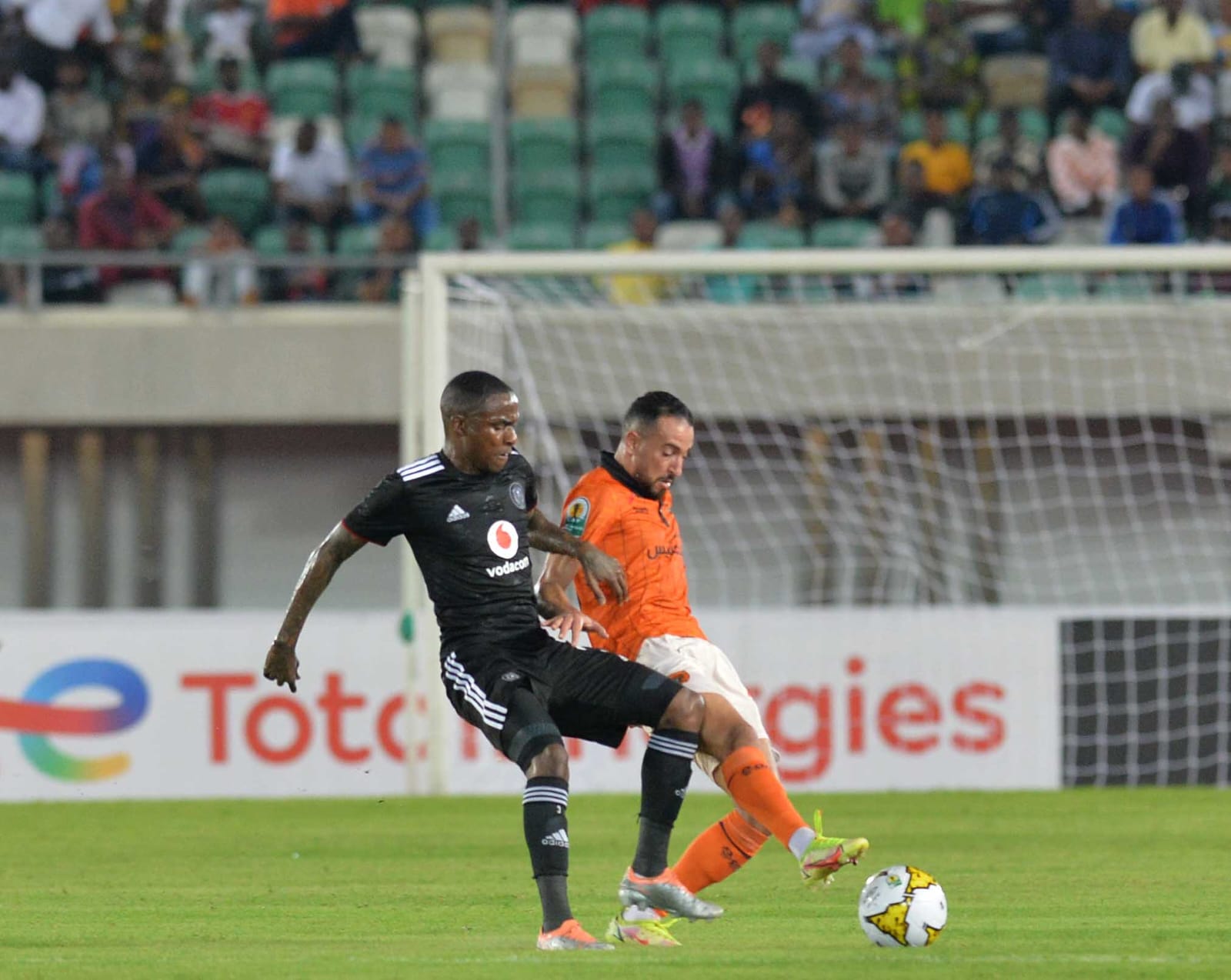 Picture : what a fight between Orlando Pirates and Berkane ! Only Penalty shootout made the decision.

The Moroccan champions went through 120 minutes of play and a penalty shootout to lift the trophy for the second time  in three final appearances. The more enterprising side in regular play, Orlando Pirates certainly learnt the lesson that domination of your opponents without sealing up the deal with better scoring power is simply unproductive.

Orlando Pirates who had an overwhelming vocal support base in the impressive turnout at the Godswill Akpabio International Stadium, Uyo because of the presence in their lineup of the Nigerian, Olisa Ndah had an edge during regular play. They registered 5 corner kicks as against none; and when RSB had their first corner early into the mandatory 30-minute extra time following a 0-0 fulltime, it resulted into a penalty. Zambian referee, Janny Sikazwe cross checked with VAR to confirm that Thabang Monareh had effectively tripped his opponent. Youssef El Fahli shot from the spot to score his 6th goal in the tournament, thereby giving RSB Berkane a 1-0 lead on 97 minutes. 10 minutes on, Thembinkosi Lorch ignited a left foot shot just inside the box that took everyone unawares and got entangled in the net of the excellent keeper Hamza Hamiani to put the scoreline situation at 1-1.

In the shootout,  the pirates raised the curtains through captain Happy Jele. Hamza El Massaoui equalized. Scorer Thembinkosi Lorch became a villain when keeper Hamza Hamiani dived and parried the second Pirate shot. Youssef Sakaoui raised the tally to 2 for RSB. Next, Tshegofatso Mabasa scored for the Pirates. Ismael Mokadem replicated. Thabang Monareh who caused the penalty that gave RSB the opener during the game  scored the fourth shot but RSB stood their grounds through Issoufou Dayo. Goalkeeper  Richard Ofori scored the last Pirate kick but failed to maintain suspense as Brahim El Bahraoui scored to put the final score from the spot at 5-4.

RSB Berkane, winners of the same trophy in 2019/2020, thus became the 5th team to win the CAF Confederation Cup through shootout at the final since the first such happening by Hearts of Oak of Ghana in 2004. Orlando Pirates however made away with the Most Valuable Player award grabbed by Thembinkosi Lorch. Eyes are now cast on the 30 May CAF Champions League Final between Al Ahly of Cairo and Wydad of Casablanca at the Mohammed V Stadium.