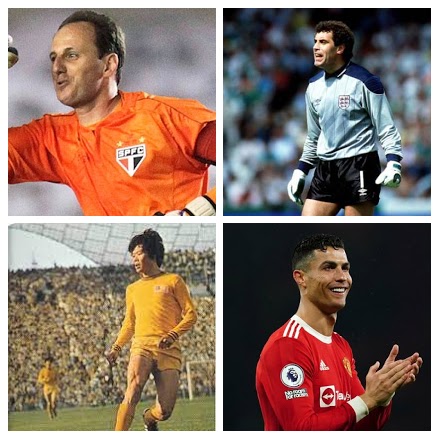 IFFHS ALL TIME RECORD ON PLAYERS WITH MOST GAMES

All world records on players with most gamesWe publish the list of world record holders in 9 different categories related to most games played over the career.Four records belong to Rogerio Ceni: he has played most games overall (all top level games) than any other player in the football history, as well as most league games (only top divisions; Campeonato Paulista equated to national league), most club games and finally most one-club games (for a single club; São Paulo in his case).Peter Shilton and Cristiano Ronaldo have two world record each and Soh Chin Ann one (most games for national team).