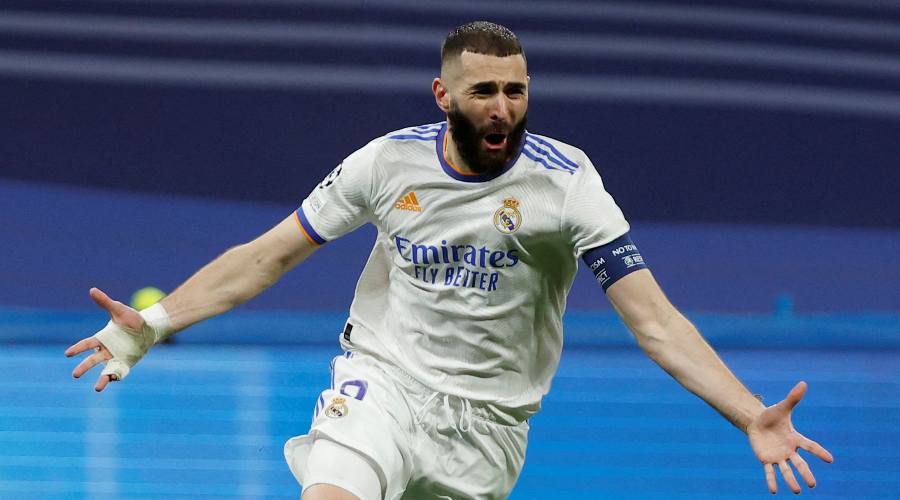 Benzema’s 10 playoff goals: UCL record!  Karim Benzema has scored 10 goals in the Champions League playoff stages this season: he equaled Cristiano Ronaldo’s record of the competition set in 2016-17.In the European Cup era (1955-1991), counting the stages from round of 16 to the final, two other players were so prolific in a single season: Ferenc Puskas (12) and Alfredo Di Stefano (10). All four represented the same club, most successful one: Real Madrid. Benzema has yet chance to surpass CR7 and maybe to match/beat Puskas if he scores also in the final.Top ten EC/UCL goal-scorers in the stage of last 16 of a single season – in the table below. As for Benzema, he has another remarkable achievement: he scored 7 Champions League goals against English teams this season; no one scored as many in a single campaign in the history of competition.