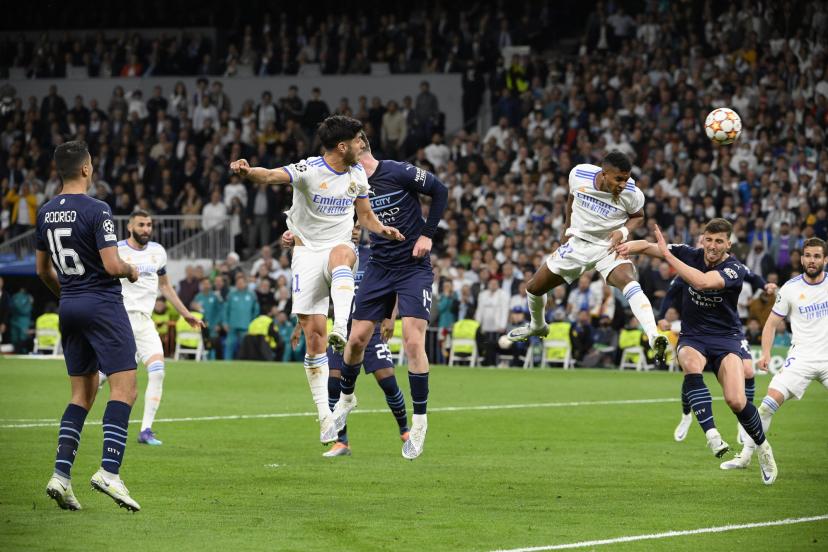 Statistics on Champions’ League semifinal of May 4*Real Madrid are the first team in UCL history to reach the final despite losing a match in every playoff stage (0-1 vs PSG in round of 16, 2-3 vs Chelsea in quarterfinal and 3-4 vs Manchester City in semifinal).In the previous history of European Cup (before 1991), this happened twice:1966 Partizan (lost to Werder, Sparta Prague and Manchester United),1978 Brugge (lost to Panathinaikos, Atletico Madris and Juventus).*Carlo Ancelotti has reached the Champions League final for the 5th time (2003, 2005 and 2007 with Milan, 2014 and 2022 with Real Madrid):  new record of the competition. He surpassed Jürgen Klopp, Marcello Lippi, Alex Ferguson (4 finals for each).*Rodrygo (Real Madrid) is the 4th player in Champions League history to score a brace in the 90th minute or later and he first to achieve this is a knockout match. Three previous such cases happened in the group stage:Nilmar (3 November 2004, Lyon, 4–2 vs Fenerbahçe),Gareth Bale (20 October 2010, Tottenham, 3-4 vs Inter),Emil Forsberg (27 November 2019, Leipzig, 2-2 vs Benfica).*The second Rodrygo's goal vs Manchester City (3-1) was the 1.000th Champions League goal scored by a Brazilian player. Brazil is the first country to reach this milestone. France is next with 802 goals.*Rodrygo's brace became also 3rd fastest in UCL playoff stages: 1 minute 29 seconds between two goals. It slightly concedes to the braces of Robert Lewandowski (Bayern, vs Salzburg, 2022, 1 minute 21 seconds) and Cristiano Ronaldo (Real Madrid, vs Wolfsburg, 2016, 1 minute 27 seconds).*Real Madrid have advanced to the semifinals of the European Cup/Champions League for the first time in its entire history after losing the first leg. They had tried it 8 times without success until yesterday.*For Pep Guardiola (Manchester City) it is 6th elimination at the semifinal stage of Champions League (also 2010 and 2012 with Barcelona, 2014, 2015 and 2016 with Bayern); only José Mourinho has as many.*Guardiola has overcome 31 out of 33 two-leg rivalries (both national and international) in his coaching career after winning the first leg. He only lost in two such cases, both in UCL: to Monaco in 2017 and to Real Madrid now.