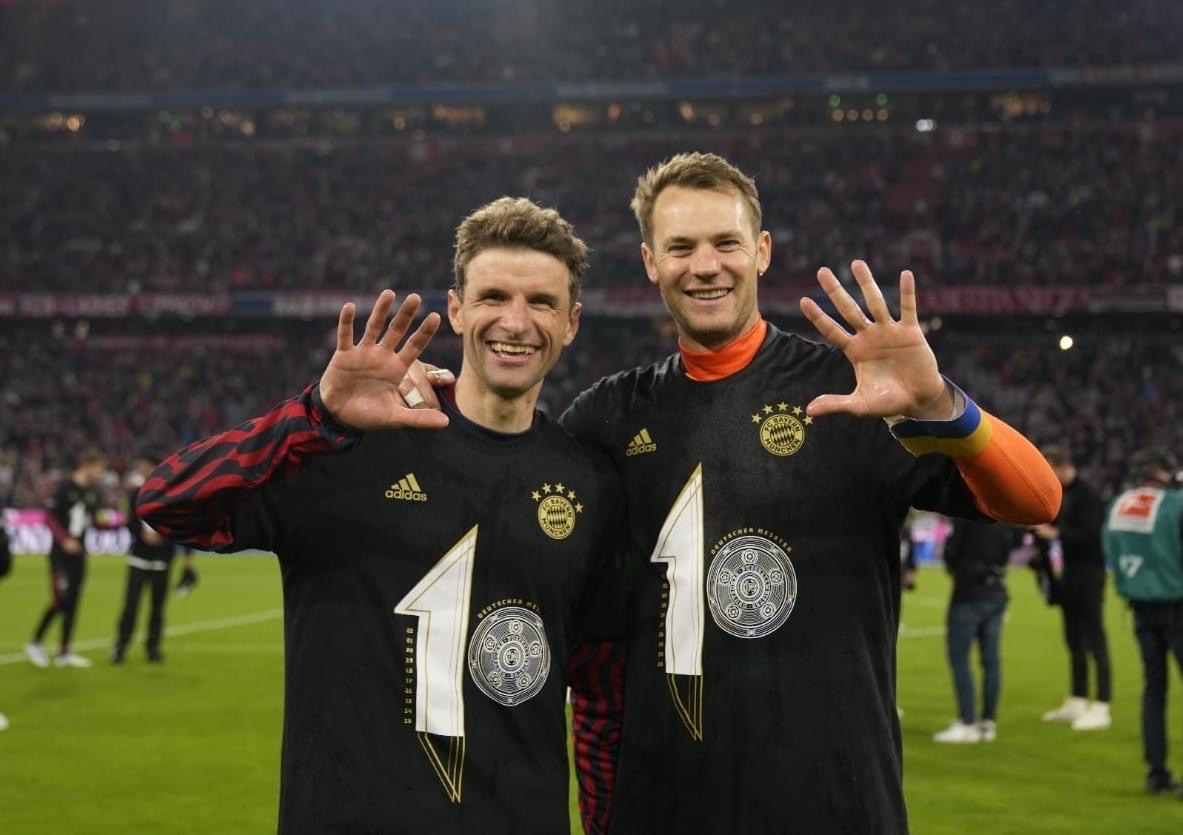 Picture : Thomas Muller and Manuel Neuer are the only two players to have won the 10 Champion titles with FC Bayern ! Thomas Muller holds the record of Germany with 11 Bundesliga titles in total.

A DECADE OF DOMINANCE

Goals from Serge Gnabry, Robert Lewandowski (his 33th of the season) and Jamal Musiala sent Bayern an unassailable 12 points clear of second-placed Dortmund with three games of the season remaining.

It was Bayern’s eighth consecutive league win over Dortmund, which hasn’t won a game in München since 2014.

Bayern’s 10th straight German championship is a record among Europe’s top five leagues, eclipsing the nine Serie A titles in a row by Juventus from 2012-20.

Bayern’s players celebrated with the customary beer showers. For Julian Nagelsmann it was the first title in charge.

The 34-year-old Nagelsmann is the second youngest coach to win the Bundesliga. Dortmund’s Matthias Sammer was a few days younger in 2002.