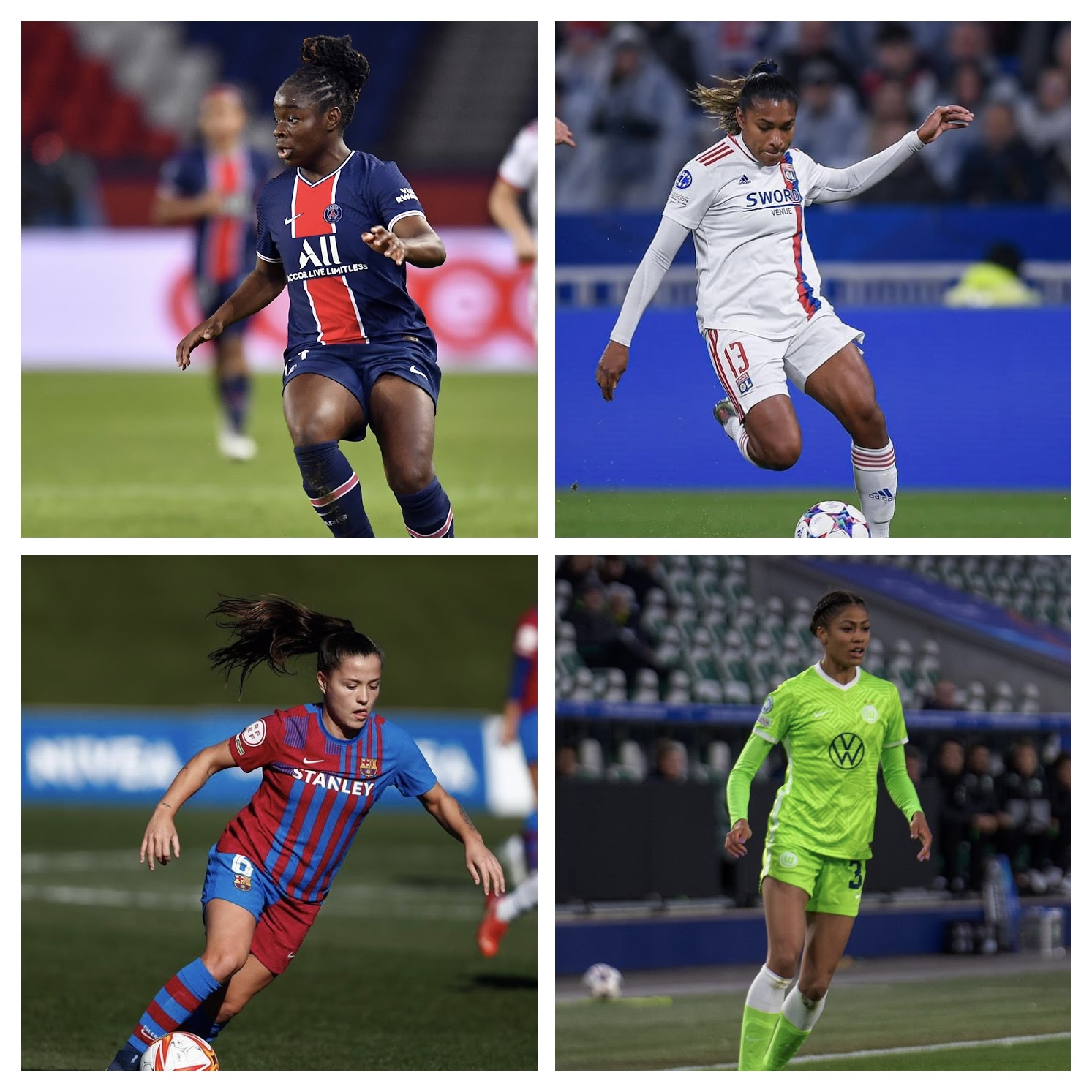 Two years ago, the semi-finals were the same as this season, but the context was very different. In 2020, the COVID-19 pandemic changed the normal format and the top 8 was decided in a match behind closed doors in Spain.

This time we are back to tradition, with two rounds and the return of the public. The four quarter-final home matches for these 4 clubs drew a total of 150,125 spectators (Record) ! The two clubs of Lyon and Wolfsburg won nine titles and appeared in 14 finals between 2009/10 and 2019/20 !

Wolfsburg won their first two European campaigns in 2012/13 and 2013/14. By knocking out Chelsea and Arsenal this season, the German club have proven they are still in the top flight.

Barcelona’s European debut also dates back to 2012/13, but the road to the top was longer. Wolfsburg beat Barca 5-0 on aggregate in their first quarter-final of 2014, and ended the Catalans’ bid to reach a second successive final two years ago.

Now, after claiming victory last season and easily reaching the last four and attracting a record Camp Nou crowd against Real Madrid in the quarter-finals – FC Barcelona seem to be the team to beat.

Barcelona were the first Spanish finalists in 2019 and winners two years later.

Wolfsburg have reached seven semi-finals in their ten European campaigns since their 2012/13 debut.

With the semi-final between Lyon and Paris, France is assured of a place in the final, but the rivalry between the two clubs which provide a large part of the French team is perhaps stronger than if it were a meeting between two clubs from two different nations.

Last season, Paris ended OL’s 14-year reign over the French Championship, having been runners-up in France only twice in the previous decade. The two clubs have already engaged in Homeric duels in the European Cup and the French Cup.

Paris are the only side to have knocked out Lyon in the last eight seasons: first in the 2014/15 Round of 16 with a 1-0 away win after a 1-1 draw in the capital, then in the quarter 2020/21 finals, with PSG losing 1-0 at home, but then winning 2-1 at the OL stadium to qualify on away goals. The goal rule away has now been scrapped and Lyon are home first this time around, just like in the 2015/16 semi-finals when they won the first leg 7-0.

Lyon’s final victory on penalties in Cardiff in 2017 and narrow success in Bilbao in 2020 are two other memorable European encounters. This season, OL beat Paris 6-1 in November, before fortunes reversed for a 3-0 in the Coupe de France in January.