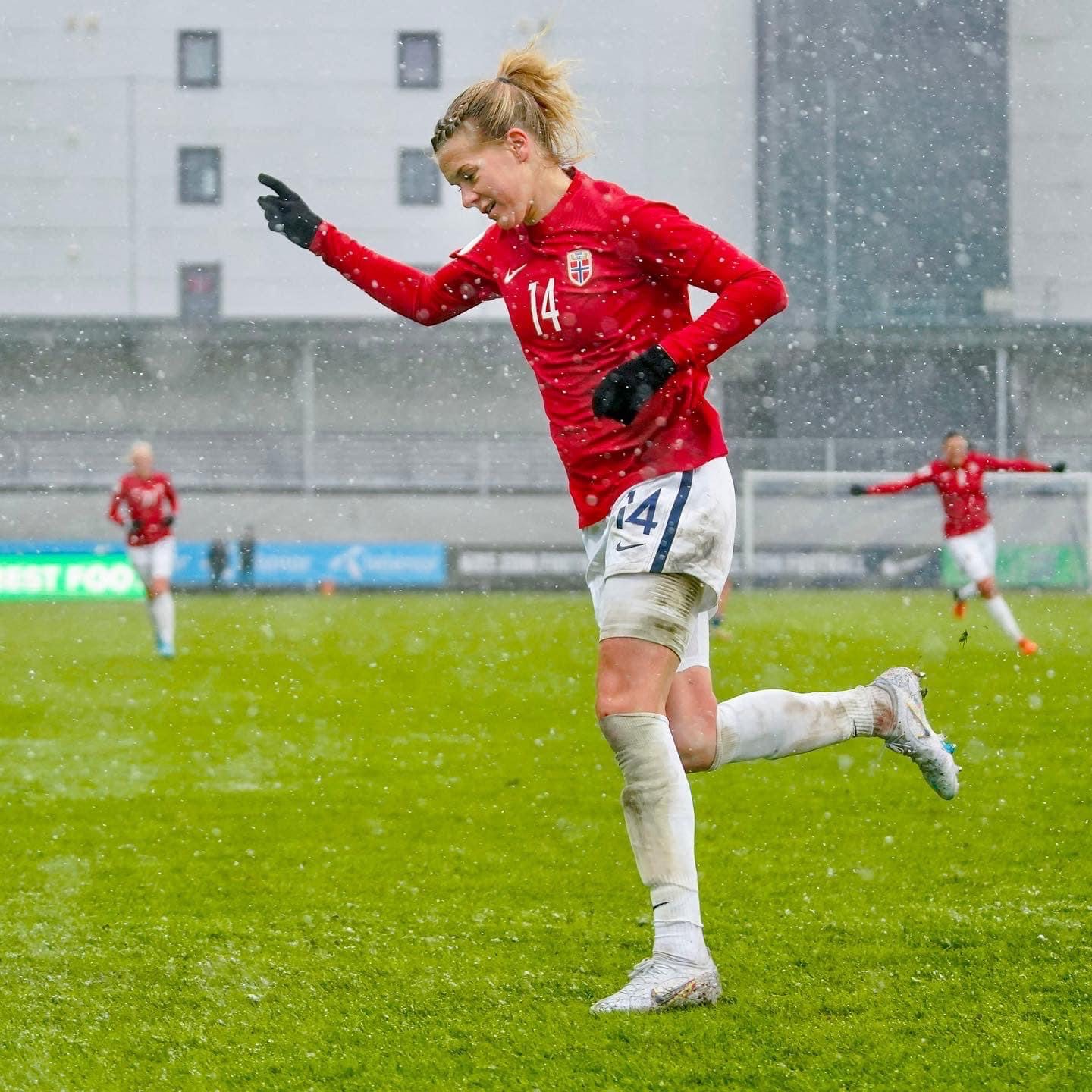 Picture : Ada Hegerberg is back !

-      Ada Hegerberg fires a hat-trick on her return to the Norway National Team last thursday against Kosovo. 1718 days after she decided to stop representing  her national team in protest due to the treatment of women football, she came back and scored the goals 39, 40 and 41 of her national team career ! The first BALLON D’OR of the Women’s Football History continued also to score in her club career after injuries and 18 months absence (294 goals in 294 games !), winning already 6 UEFA Champions Leagues with Olympique Lyon ! And Ada is only 26 …

-      Poland realized a 12-0 vs Armenia with 6 goals of Fleury’s striker Nikola Karczewska.

-      She is one of the surprises of 2022. Brazil’s Geyse is not only the best Goal Scorer of Madrid CFF in Spain’s Primera Division , she scored also her first goal for Brazil’s National Team against … Spain and Alexia Putellas in a friendly game (1-1).

-      Morocco organize the first WOMEN’S AFRICAN NATIONS CUP of the History in July. The National Team prepare this event with friendlies, yesterday a 6-1 win about Gambia with the debut of Sofia Bouftini, one of the young moroccan talents.

-      Dagny Brynjarsdottir and Glodis Perla Viggosdottir made their 100th appearance for Iceland’s National Team in Serbia against Belarus.

-      Wendie Renard scored her 33th goal in 130 international caps with France in Wales ! The Captain of France and Olympique Lyon is one of the best Defenders in the World but also a fantastic Goalscorer ! She scored 134 goals in 412 games with Olympique Lyon. At only 31, she has already won 14 Champion titles, 9 French Cups and 7 UEFA Champions Leagues !

-      Vivianne Miedema scored 6 goals with Netherlands against Cyprus (12-0) and Bethany Mead 4 goals with England against North Macedonia (10-0) ! Arsenal’s strikers were on fire !

-      Damaris Egurrola was born in USA with a dutch mother and a spanish father. She grew up in Netherlands and she made her debut yesterday for the Dutch National team after switching from Spain to Netherlands !