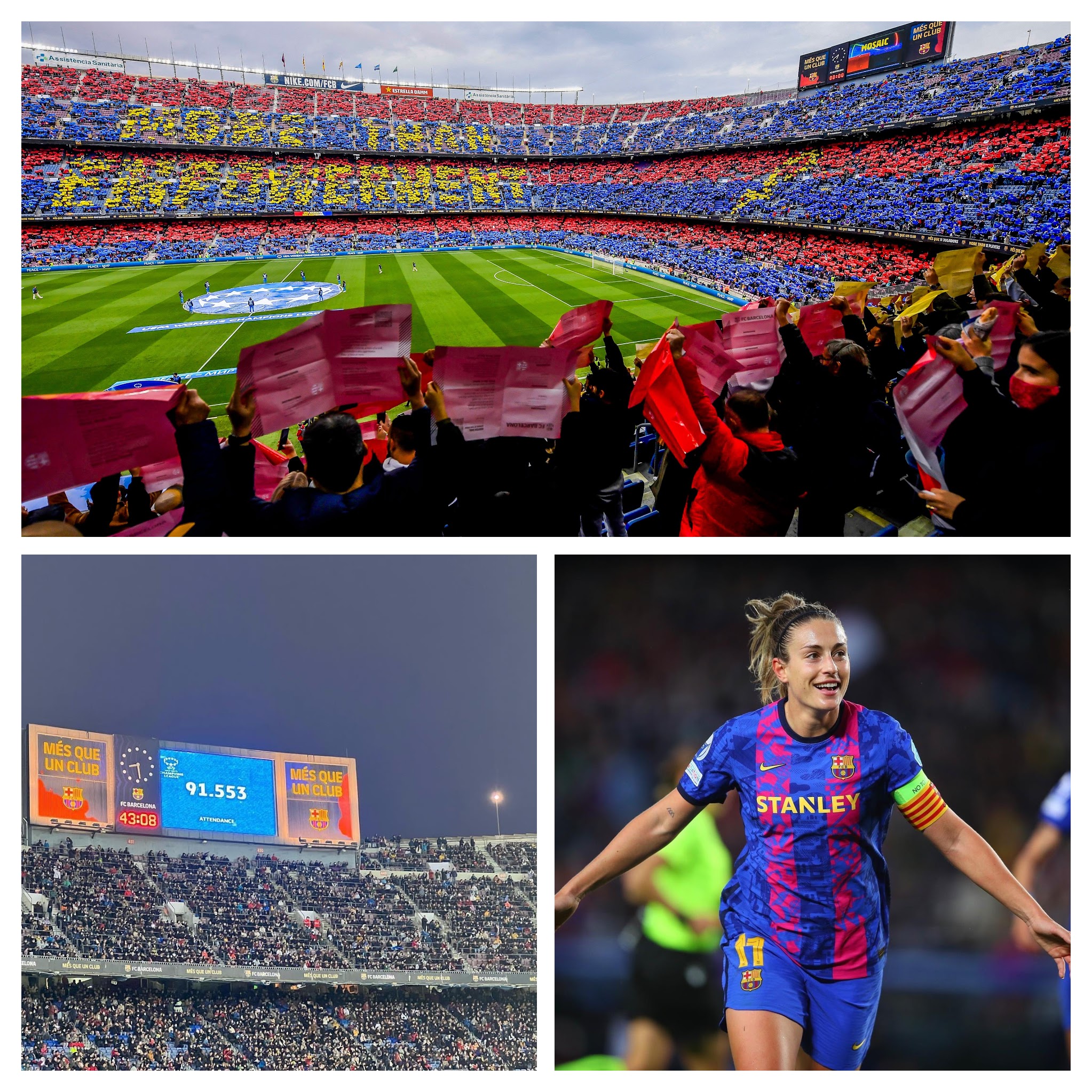 FC Barcelona , with captain Alexia Putellas, IFFHS World’s Best Player 2021 and BALLON D’OR 2021,reached the UEFA Women's Champions League semi-finals on Wednesday night in front of a packed-out Nou Camp in a historic night for the club ! Barcelona beat rival Real Madrid  8-3 on aggregate to reach the semi-finals, and set a new world record in the process.

A WORLD RECORD attendance of 91,553 fans watched the game at the Nou Camp, with Barca scoring 5 goals against their arch rivals, securing a 5-2 win on the night under the direction of French Referee Stephanie Frappart, 3 times IFFHS World’s Best Referee of the year !

The new record surpassed both the previous club mark of 60,739 fans set in 2019 at Atletico Madrid's Metropolitano stadium, where the hosts beat Barca 2-0 in a league match, and the overall attendance record for a women's game.

That was set at the 1999 World Cup final (10 July) between the United States and China, when 90,195 fans were in attendance at the Rose Bowl in Pasadena.