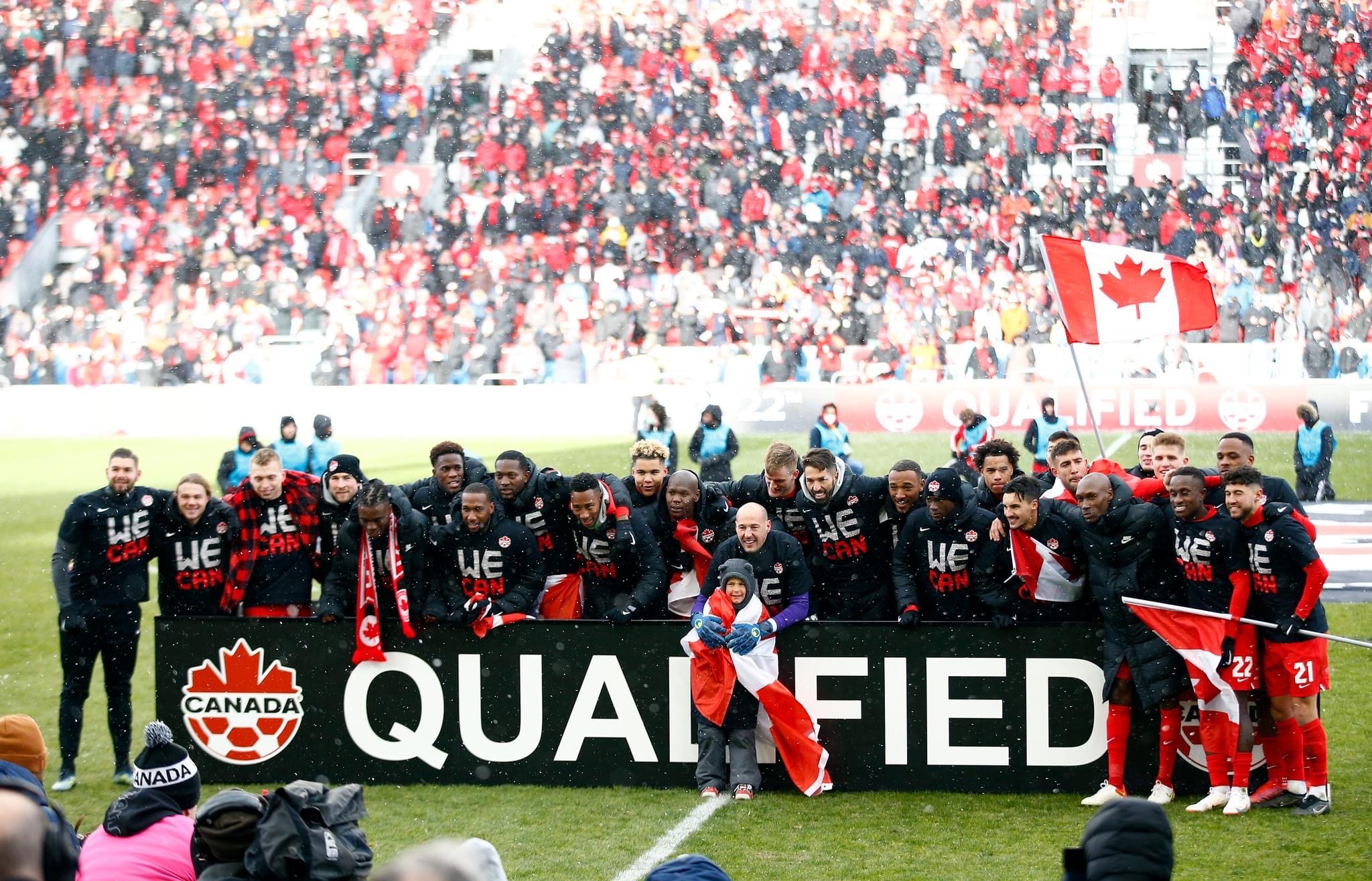 Picture : Canada has qualified for the World Cup for the first time since 36 years after beating Jamaica !

Europe/South America/CONCACAF statistics on WC 2022 qualifiers of 29 March*Robert Lewandowski has scored (vs Sweden 2-0) his 30th goal in World Cup qualifiers. He is 4th player in the football history to reach this milestone, after  Carlos Ruiz (Guatemala, 39), Cristiano Ronaldo (Portugal, 36) andAli Daei (Irán, 35).Luis Suárez (Uruguay) has scored his 29th goal (vs Chile 2-0); he takes 5th place in the all-time ranking of goal-scorers in World Cup qualifiers.*Argentina (vs Ecuador 1-1) increased their unbeaten series to 31 games equaling their longest ever such streak from 1991-1993 (under Alfio Basile as a coach). Now they are in 6 steps from Italy’s record run of 37 games.*Brazil won an away qualifier vs Bolivia (4-0) for the first time in nearly 37 years, since 2 June 1985 when they won 2-0. Within this gap, Brazil got 2 draws and 3 losses in Bolivia.*For Bolivia, it was one of two heaviest home defeats (-4 goal difference) in the history of their participation in World Cup qualifiers. The first such case happened on 6 October 2001 (1-5 at home vs Ecuador). *Peru who finished 5th in the South American zone are close to become the first CONMEBOL national team to qualify for World Cup after earning only 1 point in their first 3 qualifiers (they are yet to play with an Asian team in inter-continental playoff).  *Paraguay became the first team in the history of South American qualification without scoring goals in 8 of 9 consecutive games.