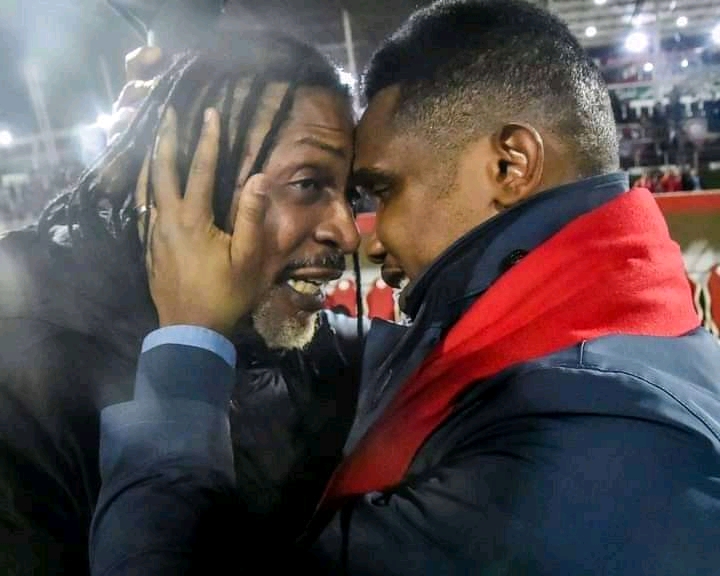 This follows largely dramatic finishes as the playoffs wrapped off on the continent this Tuesday night.

The Black Stars of Ghana picked the first ticket on the night when they played to a 1-1 with hosts, Super Eagles of Nigeria at the Abuja National Stadium. The first leg of the playoffs had closed on a 0-0 tie in Kumasi on Friday. Thomas Partey made the hosts see stars 10 minutes into play to rattle the huge turnout as the Ghanaian who plays midfield for Arsenal must have been thankful to keeper Francis Uzoho’s error that gave him the leeway. It took 12 minutes before Watford defender, William Trost-Ekong drew level from the penalty spot. But that did not prevent the Black Stars from making a 4th World Cup appearance on the strength of the away-goal principle. However, the Ghanaian fans present to fan the stars to victory got some unfair treatment when irate Nigerian fans peppered them with water bottles to express frustrations over their elimination, invading the field in the process.

The Teranga Lions of Senegal duplicated the same performance that saw them defeat the same opponents in the same fashion when the two met in the 2021 AFCON final game last February 6 at the Olembe Stadium. Tonight, Egypt who had won last Friday’s playoff first leg in Cairo thanks to a Senegalese own-goal, were paid back in their coins when a 4th minute shot by Boulaye Dia was deflected by defender Hamdi Fathi into his own net. That score line persisted right to the shootout following 120 minutes of competitive football. Senegal captain Kalidou Koulibaly opened the penalty shuffle hitting the woodwork and Mohamed Salah firing well off target. Saliou Ciss and Ahmed Sayed copied the bad examples. Ismaila Sarr and Amr El Soleya weaned themselves from the bad behavior. Bamba Dieng scored to put Senegal beyond reach when Mohamed Mostafa failed to equalize. Sadio Mané, for the second time in 7 weeks, delivered the stroke of redemption as Senegal booked their 4th World Cup ticket on a 3/1 score.

The Carthage Eagles of Tunisia, hosting the Eagles of Mali they had defeated in the first leg, almost got the shocker early into the game. But they were saved when the 4th minute goal by Mali was ruled an offside effort by the VAR. Commendable efforts by Mamadou Fofana, Ibrahima Kone on one hand, and Seiffedine Jaziri and Yassine Khenissi were moments of frenzy at the Stade Olympique Hammadi Agrabi in Tunis. But it would stay goalless at full time as Tunisia celebrated their 7th World Cup participation on the strength of their 1-0 win during last Friday’s first leg of the playoffs.

At the Stade Mohammed V in Casablanca, the Atlas Lions of Morocco munched visiting Simbas of the DR Congo, 4-1. Azzedine Ounahi scored the first goal in the 21st minute with a thunderbolt of a shot just outside the box. Tarik Tissoudali made it 2-0 after overpowering two markers and flicking the ball past the keeper 7 minutes into stoppage time of the first half. Ounahi was at it again in the 54th minute to register a brace as he sent the ball past the keeper into the far angle. And Morocco’s 4th goal was courtesy of Achraf Hakimi in a follow up after the keeper’s commendable effort had sent back the ball in the 69th minute. And although Ben Malango pulled back one with a sumptuous turn effort from outside the box  in the 77th minute, the Atlas Lions were already assured of their 7th World Cup appearance on a 5-2 aggregate.

The night’s game was the emphatic demonstration of their legendary fighting spirit when the Indomitable Lions of Cameroon, a goal down from the first leg, tackled hosts, the Desert Foxes of Algeria in Blida.  It was a match of extreme passion, drama, spectacular goalkeeping; and also of inexplicable misses, and VAR checks. Cameroon captain, Eric Maxime Choupo Moting scored the first goal on 22 minutes after keeper Rais M’bolhi had poorly blocked the ball following a corner kick by Oyongo Bitolo. That situation of 1-1 aggregate stayed on till the 118th minute when Algeria got the equalizer through a brilliant header by Ahmed Touba following a corner kick. The hugely popular turnout at the Stade Moutapha Tchaker in Blida, overwhelmingly Algerian were beginning to celebrate when Collins Fai’s indirect free kick was headed onto the path of the vigilant Toko Ekambi who ruthlessly stopped Algerian celebration with the match winner. It was in the 4th minute into stoppage time of 120 minutes of play. As coach Djamel Belmadi and his players collapsed into tears, Cameroon coach Rigobert Song and boys justifiably celebrated their 8th World Cup qualification ahead of the final draw April 1.