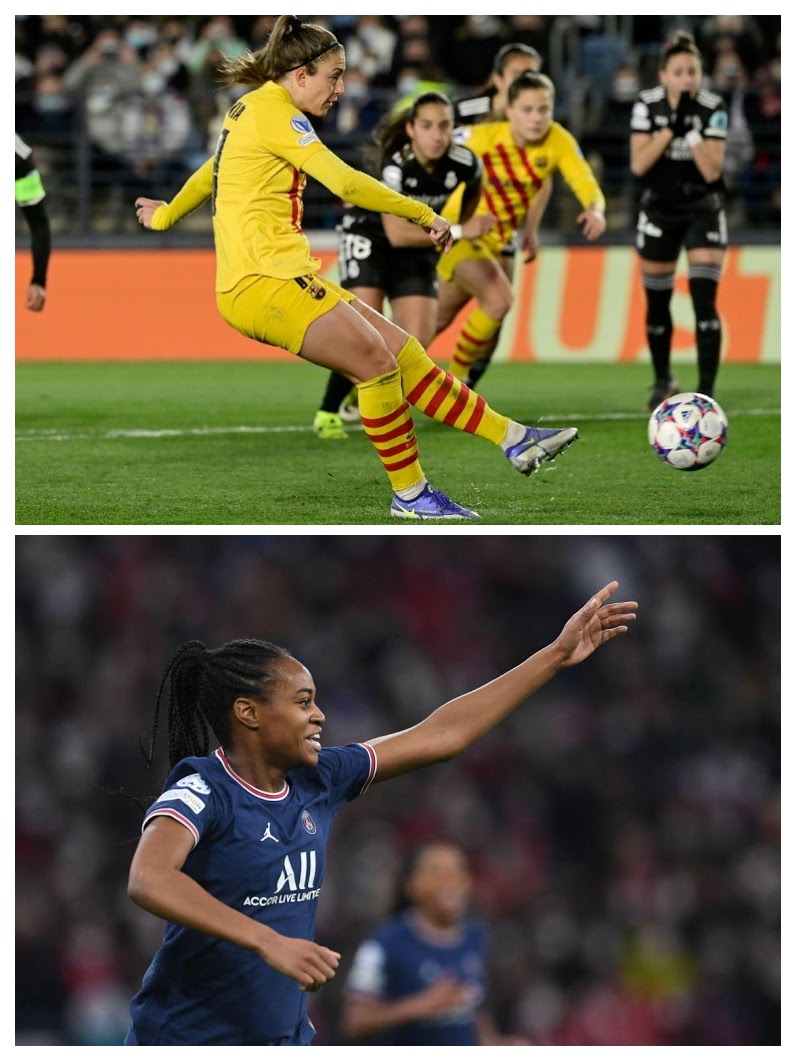 Alexia Putellas, BALLON D’OR and IFFHS World’s Best Player 2021, scored twice as Barcelona came back from a goal down to beat Real Madrid 3-1 in their UEFA Women's Champions League quarterfinal first leg on Tuesday. Winger Olga Carmona put Madrid ahead at the Alfredo di Stefano stadium after a few minutes as the home side dominated the first half. Captain Putellas levelled for the visitors with a penalty, before Claudia Pina scored and Putellas grabbed another in added time to give Barca the edge going into the second leg, which will be played at a sold out Camp Nou on March 30 (maybe a World Record for women’s football).

Marie-Antoinette Katoto scored twice as Paris SG claimed a win at Bayern München in their Women’s Champions League quarter final first leg match. For the first time in History, the Bayern Women played in the Allianz Arena, where 13 000 spectators saw Katoto smash into the roof of the net in the first half. The 23 year-old French Goalscorer headed in second half a new goal to put her team in a confortable situation. However Klara Buehl pulled one free kick in the goal to give Bayern hope for the second leg in Paris next week.

Bianconero triumph at the Allianz Stadium in Turin ! Juventus are the FIRST ever team to beat Lyon in the first leg of a knockout tie in the Women’s Champions League ! With goals from Girelli and Bonfantini, Juve beats Lyon who controlled the game one hour sovereign (0-1, goal of Macario). The red card of Carpenter changed the game , a strange VAR decision made the difference for the italians. The second leg will be attractive in Lyon.

Lotte Wubben-Moy's goal earned Arsenal a huge Women's Champions League lifeline as they rescued a 1-1 draw against Wolfsburg in the quarter-final first leg at the Emirates Stadium. Playing at the Emirates for just a fifth time in a competitive match, Jonas Eidevall's side saw plenty of the ball against the Frauen-Bundesliga leaders, but they spurned a number of chances as Tabea Wassmuth's first-half header gave the visitors the lead. The Gunners will go to Wolfsburg next week with the ambition to continue their way to win the Champions League for the first time since 2007, but Wolfsburg (already winner in 2013 and 2014) has the same idea !