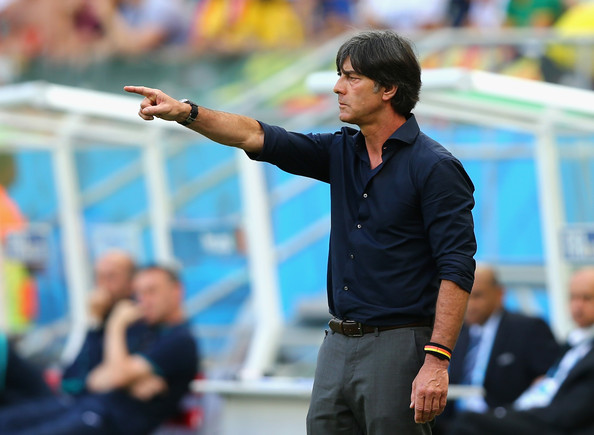 World Cup champion coach Joachim Löw of Germany has ended the Spanish domination with a massive victory in the IFFHS National Coach Award for 2014.

Experts from more than 60 countries world-wide had little hesitation in acclaiming Löw as the world’s best for the year, awarding him a massive 220 points, one of the biggest totals and margins since the IFFHS began the annual Awards in 1996.

Famed Spanish coach Vicente Del Bosque had previously dominated the national coach title with wins in 2009, 2010, 2012 and 2013. Löw ,who has had three previoius placings in the poll, has performed meticulous work in his eight years at the helm of the German national team.

He has adjusted to a game philosophy based on the intelligence and the adaptation capacity of his players, giving a new and attractive image of German football.

Argentina coach Sabella and Holland’s Van Gaal took the minor placings mostly due to the performances of their teams in the World Cup in Brazil.