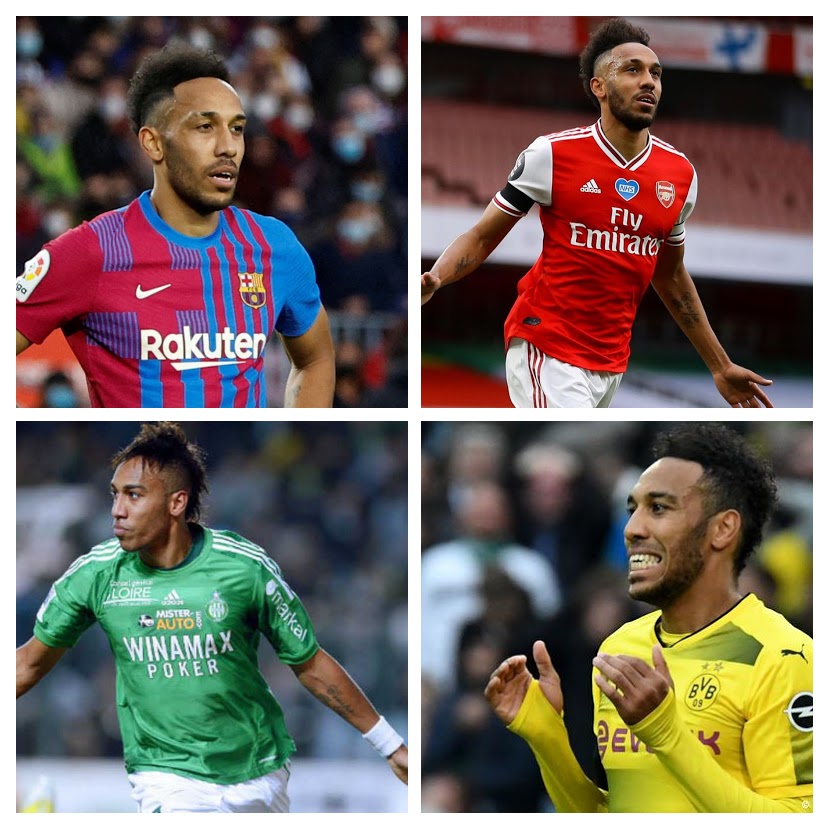 THE FIRST PLAYER IN XXI CENTURY WITH HAT TRICKS IN 4 LEAGUES !

Picture : Pierre Emerick Aubameyang is the first in XXI Century to score hat tricks in 4 Leagues (Spain with FC Barcelona, England with Arsenal, Germany with Borussia Dortmund, France with AS St Etienne).

Aubameyang – first player in XXI Century with hat-tricks in 4 leagues!In the game of Spanish league Valencia vs Barcelona (1-4) on 20 February, Pierre-Emerick Aubameyang scored 3 goals. In his previous career, 32 year old Gabonese made hat-tricks in the leagues of France, Germany and England.There were no players in XXI century before to score hat-tricks in 4 different leagues! Aubameyang became the first to do so! (Of course, we consider only top divisions).The all-time world record belongs to Romario who made hat-tricks in 5 leagues: Brazil, Carioca, Netherlands, Spain, USA (USL).*It was the first goals that Aubameyang scored for Barcelona since his transfer from Arsenal. *It was his first league start in Barcelona for him. He became the only player of “blaugrana” in XXI century to score three at his very first league start and second after Francisco Trincão to score more than once (Trincão made a brace at his debut start vs Alavés in February 2021).*February is most lucky month for Aubameyang: from his 7 league hat-tricks overall, 3 occurred in February.*The last 33 Barcelona hat-tricks in La Liga have all been scored by South American players (Messi 19, Luis Suárez 10, Neymar 3 and Alexis 1). Aubameyang became the first non-South American to break this series and first non-South American to achieve this since 22 December 2013 (Pedrito in the game vs Getafe).*Aubameyang is the first ever player to achieve 2 hat-tricks at his visits to Valencia in official competitions (including one for Arsenal in the Europa League on 9 May 2019).