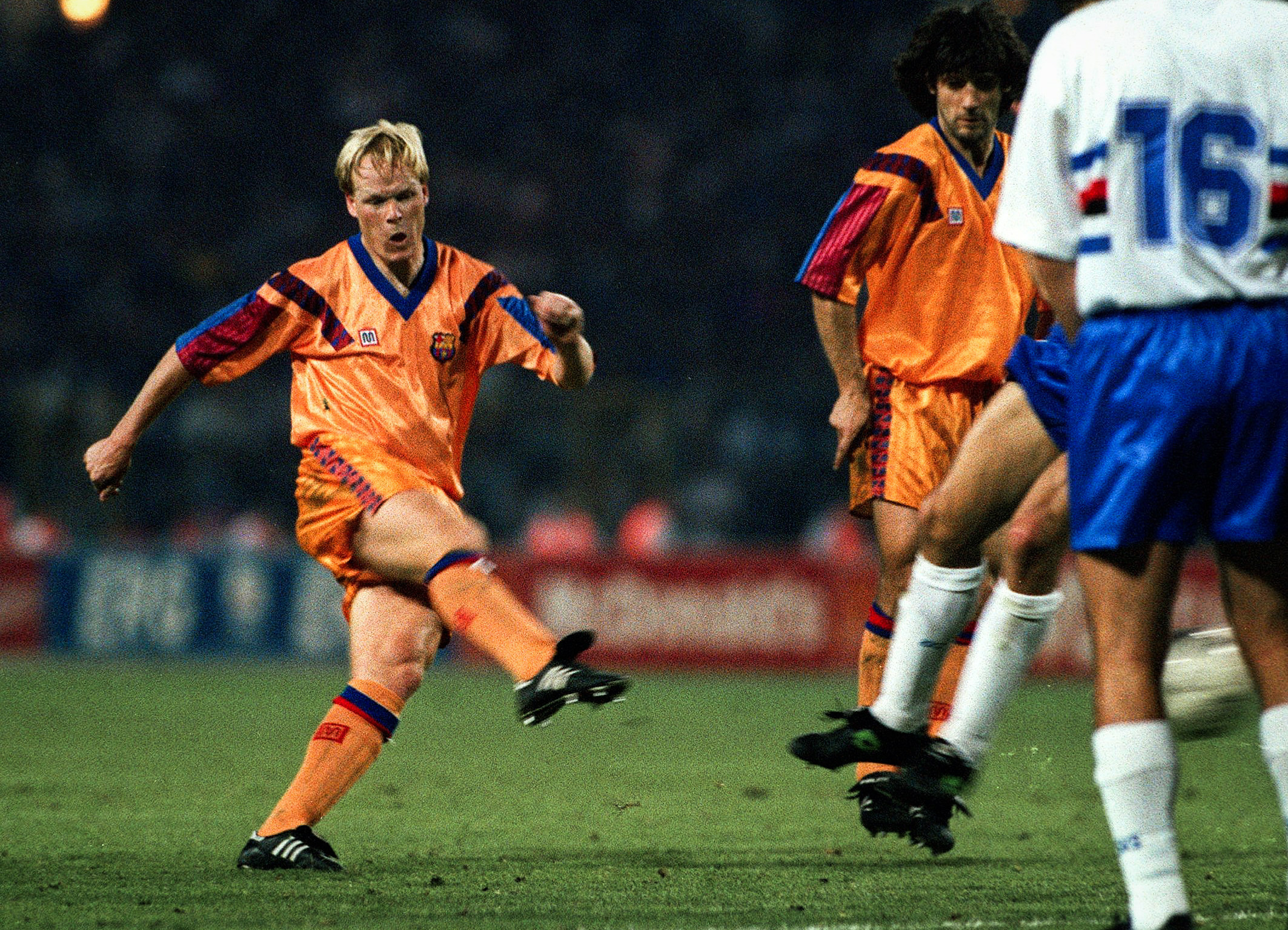 IFFHS ALL TIME RANKING FOR THE WORLD'S HIGHEST SCORING DEFENDERS

Picture : Ronald Koeman scored 253 goals in his career as defender at the highest level !

IFFHS All-Time Ranking for the World’s Highest Scoring DefendersWe publish for the first time the all-time ranking for highest scoring defenders in the world football. The record holder in this category belongs to Ronald Koeman whose 253 goals is an incredible amount for a defender. He leads the ranking with a big margin and will keep his record for many years yet.Daniel Passarella takes the second position with 175 goals and Fernando Hierro the third with 170.In total, 12 defenders have reached 100 goals so far, including Sergio Ramos, the only active players from this list. He is placed 4th with 128 goals, with not very realistic chances to lift up higher given a big gap from his countryman Hierro.Two active defenders are quite close to the “Club 100+”. Keilor Soto (Costa Rica) has 91 goals (90 of them in the national league, 1 in Cup); he dreams about reaching 100 but at the age of 37 it will not be easy (also he is without club currently). Abderrahmane Hachoud (Algeria) has a better prospect: 93 goals at the age of 33 years.Only the players which held essential majority of their games as defenders are taken in consideration. For this reason, several players (in particular, Paul Breitner and Franck Sauzée), despite scoring more than 100 goals, aren’t included. They have played some part of their career as defenders but still performed a midfield role in quite many games.The column “Role” means the main position of the player (CB = centre back, RB = right back, LB = left back).  Only top-level goals scored until 14 February 2022 are counted.Tiebreaking criteria in case of equal number of total goals: 1) international goals (ICC + NT).