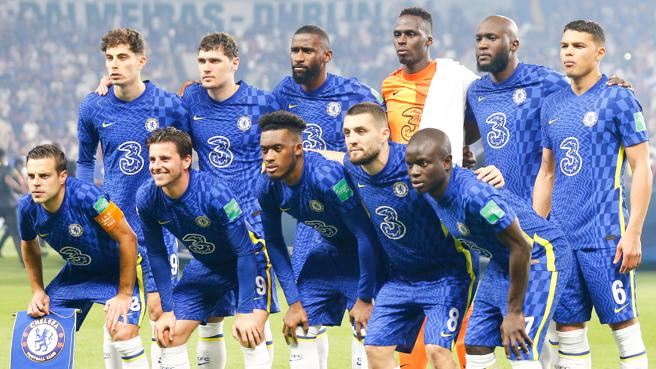 Cesar Azpilicueta has become the first player in Chelsea's History to win every single Trophy available to him ! A Kai Havertz penalty-kick conversion with just three minutes left in extra time helped the Blues avoid a deciding shootout and secure the outright win. It proved the difference, giving Chelsea its first FIFA Club World Cup after it lost the 2012 final to Brazilian side Corinthians.

European champion Chelsea looked on its way to winning the title when star forward Romelu Lukaku put the English side ahead on a clinical header in the 54th minute. But a Thiago Silva hand ball in the Chelsea box gave Palmeiras the opportunity to equalize from the penalty spot just 10 minutes later by Raphael Veiga.The match seemed destined for a penalty-kick shootout before the Luan hand ball in the Palmeiras box deep in extra time. Australian referee Chris Beath consulted the video monitor and ultimately pointed to the spot for the second hand-ball penalty of the match.

Pictures : Thiago Silva was voted MAN OF THE MATCH at 37 ! And Edouard Mendy won already his second Trophy in 2022 after the AFCON with Senegal !

The Havertz conversion was a harsh ending to the match for a Palmeiras side which battled gamely, supported by a large and vocal contingent of traveling supporters that dominated the atmosphere at Abu Dhabi's Mohammed Bin Zayed Stadium.

Chelsea won the UEFA Champions League in May 2021 and then proceeded to capture the European Super Cup in August before adding the FIFA Club World Cup !