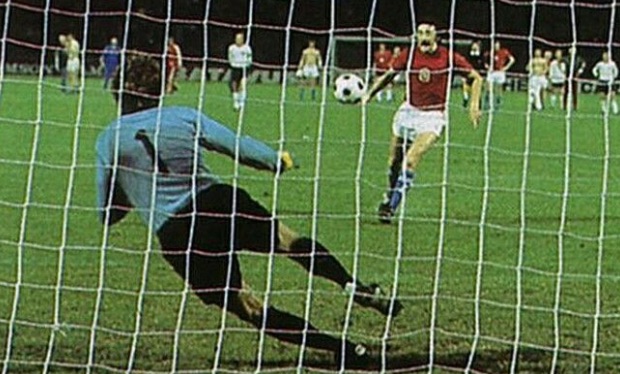 Picture: Antonin Panenka in the UEFA European Championship final1976 , scoring against Germany. It was the first time that the penalty shootout was used !

AFCON increases record on final shootoutsThe AFCON 2021 final was the 20th time in the history of football when a continental championship was decided by a penalty shootout in the final game. Almost half of these cases (9) apply just to Africa Cup of Nations.The rest are distributed as follows:CONMEBOL Copa América – 4,European Nations' Cup/UEFA European Championship – 2,CONCACAF Gold Cup – 2,AFC Asian Cup – 2,OFC Nations Cup – 1.For the first time, this method of determining the winner of the tournament was used at the 1976 European Championship.