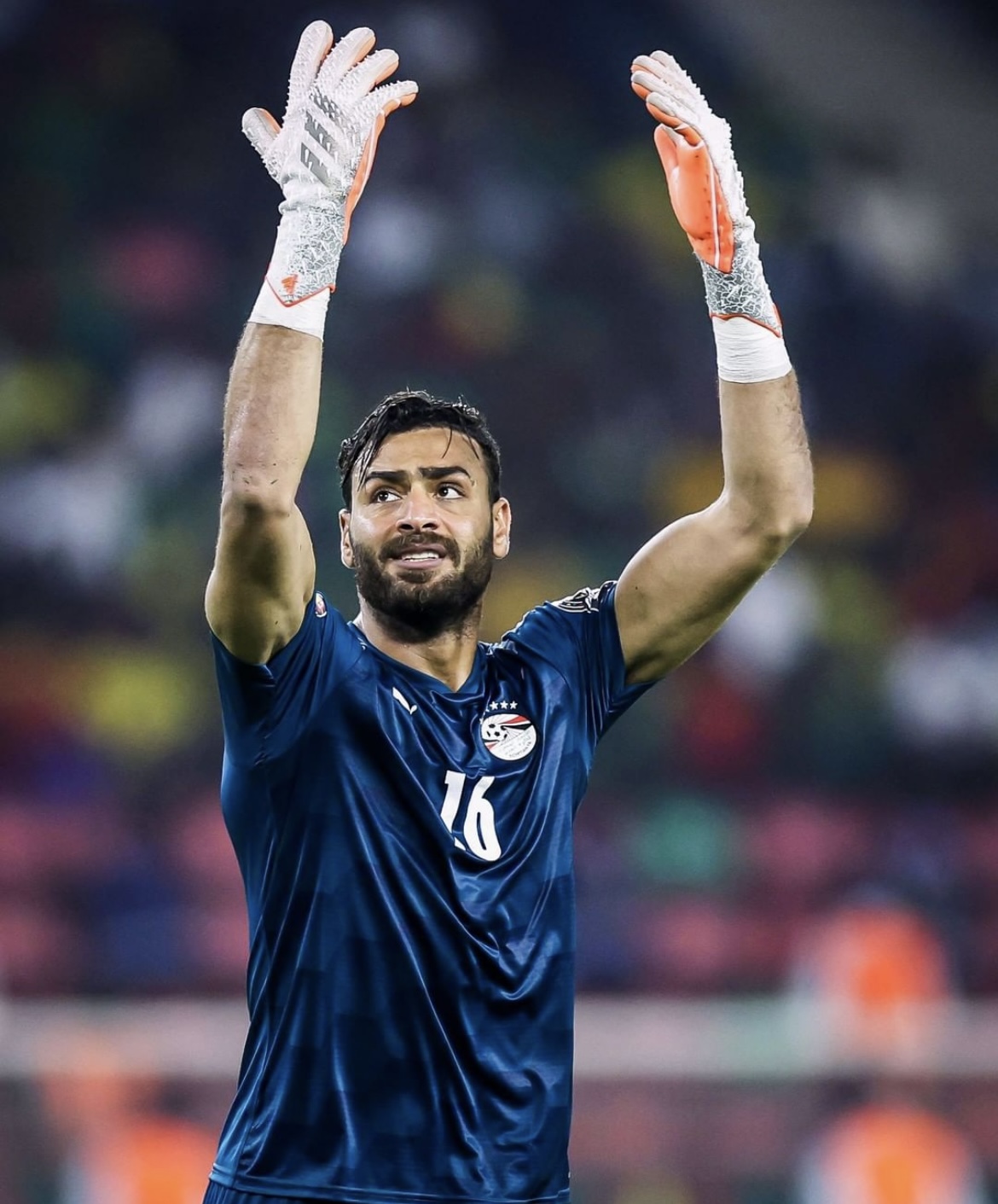 Picture : Mohamed About Gabal "Gabaski" was the hero of the match, he stopped two penalties !

Perennials rivals, Egypt and Cameroon, in a re-make of the AFCON final fixtures of 1986, 2008 and 2017 lived up to their billings, stretching each other to elastic limit and settling on a 0-0 tie before the shootout. Egypt prevailed 3/1 to set up next Sunday’s final clash with Senegal.

Cameroon stepped onto the arena with one objective: do better than they did in 1972 when on the only occasion they have hosted the tournament they were eliminated in the semifinals against eventual winners, Congo. That determination was evident as they dominated Egypt for the first 10 minutes with only a Mosalah attempt to disrupt the one-way traffic. Ngadeu Ngadjui’s 18th minute header that crashed the ball on the Egyptian keeper’s top right, and Oum Guet’s subsequent long range effort were moments of  tremendum for Egypt. Samuel Hongla’s 55th minute back-pass error that found the vigilant Mosalah could have been the break had keeper André Onana not come out of his area of jurisdiction in time. The intensity of the game created moments of unorthodoxy earning Egypt coach Carlos Queiroz a yellow and then a red card sending him out of the technical booth. But Cameroon must be deeply indebted to the intractable and multifarious Collins Fai whose characteristic timely intervention saved them from conceding on 103 minutes. On the flip side, Clinton Njie’s pass two minutes on which keeper Abou Gabal failed to stop was yet a moment for fans to pound on the terraces in anguish.

After 120 minutes of competitive and tactical play which also saw the Egyptians almost melt the jinx seconds to the final whistle by the authoritative referee, Bakary Papa Gassama, both sides proceeded to the shootout.  Egypt hit the target three times through Ahmed Sayed, Mohamed Ahmed and Mohanad Ahmed; while Harold Moukoudi, James Siliki, failed to beat the keeper, and Clinton Njie sighted out of target. Captain Vincent Aboubakar’s good example was not copied. And so Egypt prevailed 3/1, while Cameroon, on the night of 4 February 2022 relived the sad happening of 2 March 1972 when, as hosts, they lost to Congo in their semifinal 0-1 at the Ahmadou Ahidjo Stadium. In 1972, the then country’s president, after whom the stadium was named stormed out of the scene of action in angerfollowing that elimination. Half-a-century later, the current president, Paul Biya, was absent. Rather, the VVIP stands wereoccupied by the country’s PM Joseph Dion Ngute, members of government, FIFA boss Gianni Infantino and CAF president, Patrice Motsepe. The ultimate snapshot of the match was the mvp award to Egypt’s Mohamed Ahmed.

This Friday is a rest day. Activity resumes on Saturday with the third-spot match between Cameroon and Burkina Faso rescheduled yesterday by CAF on the request of the government of the Republic of Cameroon.