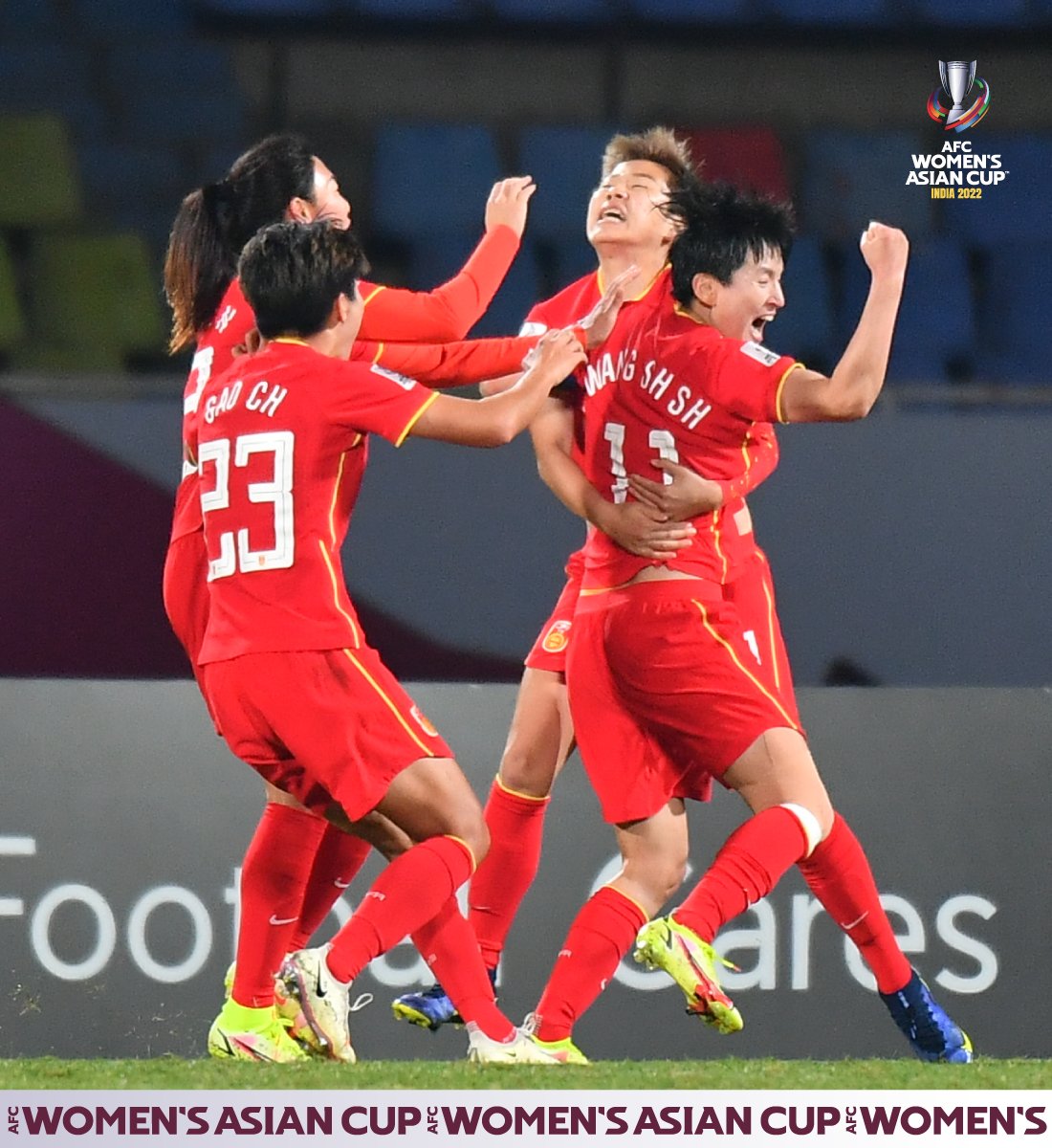 The Red grit prevailed over the Blue Wave!China PR 2-2 Japan (AET)(4-3 on pens)WHAT A MATCH!Physical and Mental fitness of the Chinese players paid off. The Red Army defeated the Blue Wave.The Steel Roses bounce back twice in the game to book themselves a place in the #WACFinal after a penalty shootout win over defending champions Japan!

It was certainly the best game in the tournament so far. Japanese dominated the midfield and took the lead at 26th minute with on the run header by R. Ueki. They dominated the furst half with 72% ball possession.The second half kicked off with a bang with Chinese forward C. Wu headed the ball into Japanese net. Incedently that was the only shot on target by the Red Army in regulation time of 90 minutes. Japanese dominated the possession and created goal bound chances. But, the game went into extra time with 1-1 scoreline. Extra time saw no change in Japanese attitude. They went into lead just around 105th minute with diving header, again by R Ueki. Japanese felt to have won the game, but at 119th minute S. Wang zoomed in at the ball crossed from the left wing to flick it and level the game 2-2.Penalty Shootout again saw Chinese grit. After falling behind 2-3, they saved the following penalty and scored the winner at the fifth kick.Koreans booked the place into their maiden final.Korea Republic 2 - 0 PhilippinesKorea Republic are through to their first-ever #WACFinal! Koreans took the control right from the kick off. Goals by S. Cho at 4th minute and H. Son at 34th minute sealed the game for the team in pink. Philippines lacked the fire power to bounce back in the game.