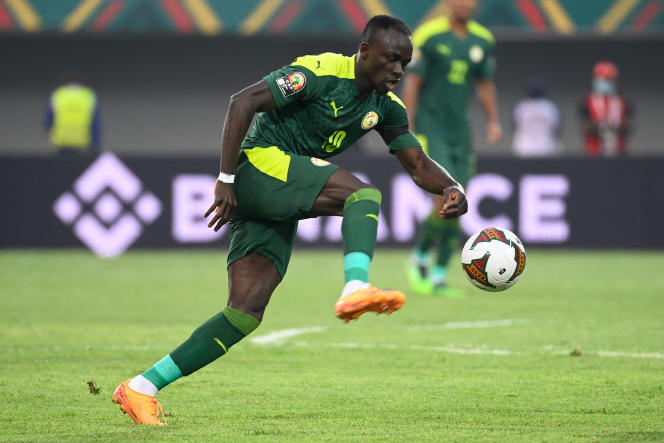 The Teranga Lions of Senegal and The Stallions of Burkina Faso gave the first semifinal of the 33rd TotalEnergies Africa Cup of Nations Cameroon 2021 the excitement craven for. Many spectators at the Ahmadou Ahidjo Stadium headed home with toothy smiles, contrasting with tears streaking in the faces of the disillusioned Stallions and their numerous fans.

It began early in the game with both sides featuring the full house of those talents known to all and sundry, and quickly making repairs where they were begging. In the 28th minute, a cross by Mohamed Konaté sent his teammate, Cheikhou Kouyaté and Burkinabe keeper, Hervé Koffi to an airborne duel which required a VAR check to absolve the Senegalese of the yellow card already awarded by referee Bamlak Tessema. But the keeper Hervé Koffi would leave the pitch on account of the injury, committing the third choice keeper, Soufiane Ouedraogoto duty. The keeper who was party to the 2021 African Championships did well warding off onslaughts from Mané and his pack of fellow lions. But his courage at goal sagged in the 71st minute when Abdou Diallo finished off the static Burkinabe defense stupefied by captain Kalidou Koulibaly’s bicycle kick. 5 minutes on, Cheikh Bamba Dieng connected a superb pass from the wings following Sadio Mané’s commendable effort to make it 2-0. An attempt by Burkina Faso to come back to the picture of the game was rewarded and saluted in the 83rd minute when Ibrahim Touré transfixed keeper Edouard Mendy with a stump that cut the trajectory of the ball coming in from the right flank. Sadio Mané would completely annihilate any hopes of a Burkinabe resurrection in the 87th minute with a goal that historically beat the 28-goal record for the Senegalese initially kept by Henri Camara. The goal was rightly clothed in fantasy having been an intent run that closed with a graceful lob. Fulltime scores stood at 3-1 with Sadio Mané voted most valuable player. Senegal qualified for their third final after losing to Cameroon in 2002 and to Algeria in 2019.

This Thursday evening, as from 8 p.m. at Olembe, Cameroon take on Egypt in their 19th AFCON confrontation, 18 previous ones having narrowly been in favour of Egypt. Before that game, the newly elected federation president, Samuel Eto’o paid a courtesy call on the last training session of the team in the company of some survivors of the recent fatal stampede at Olembe.