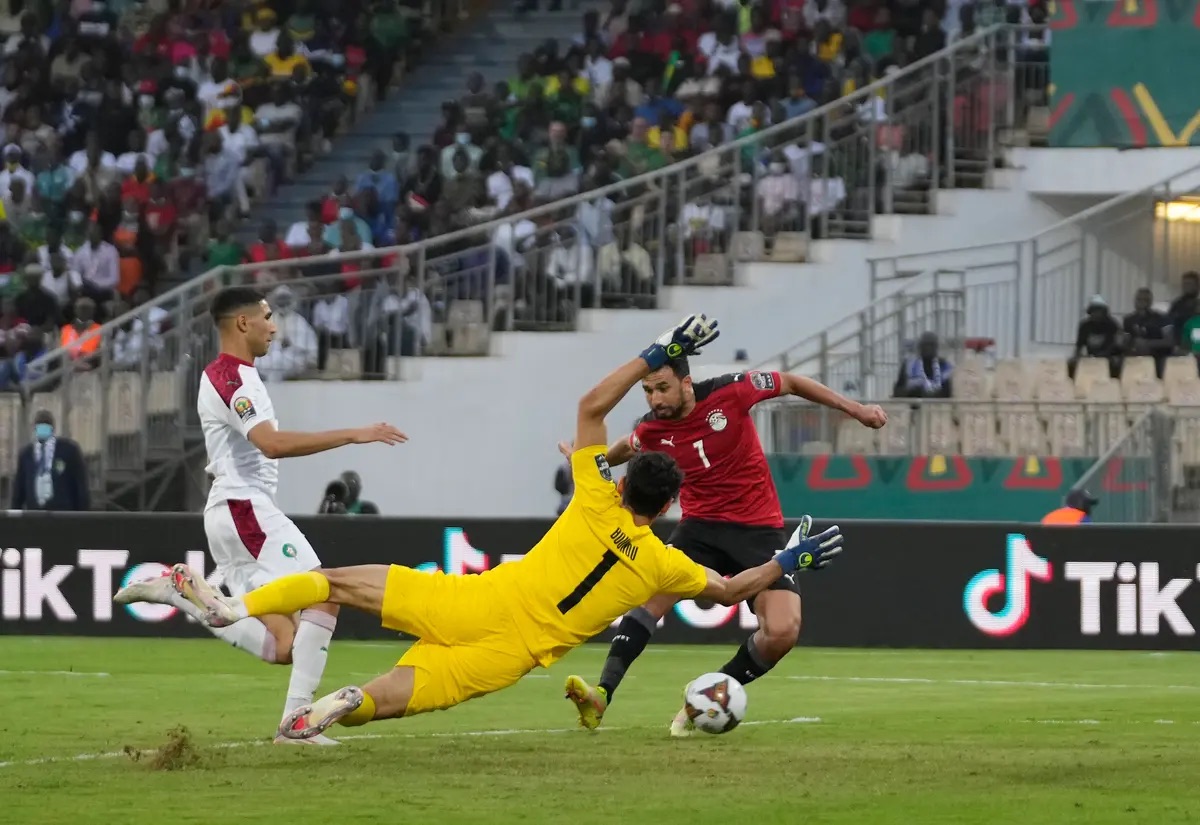 Picture : Egypt's Trezeguet scored the winning goal for Egypt despite Hakimi and Bounou, ending the unbeaten streak of Morocco.

Morocco stop their unbeaten streak at 31 gamesThe Africa Cup of Nations currently taking place in Cameroon ended both long unbeaten streaks that two teams, Algeria and Morocco, had at the time of its start.Algeria stumbled early in the tournament, losing sensationally to Equatorial Guinea (0-1). Thus finished their 26-match unbeaten run.Morocco, which had a series of 27 games before the tournament, managed to extend it by another 4 games, already approaching Italy's world record of 37 games. But, losing in the quarterfinals to Egypt (1-2), Morocco stopped 6 steps from the record.The series of these teams include matches of African Championship of Nations and the Arab Cup, as they are recognized by FIFA, despite the outage of the Europe-based players in these tournamentsArgentina now has the longest active unbeaten run with 28 games, followed by England (20) and France (18).