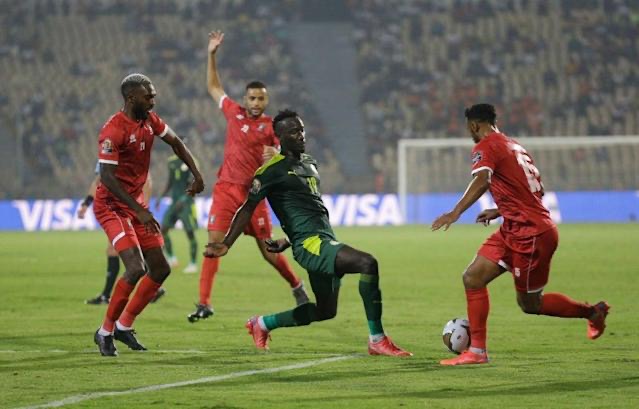 Cameroon vs Egypt and Burkina Faso vs Senegal are TotalEnergies AFCON semifinals.

Egypt got the qualification for the semifinals after defeating Morocco, 2-1 in a truly competitive game at the Mfandena Sunday evening. Soufiane Boufal caused a scare for the Egyptians when he shot home a 7th minute penalty after the VAR had confirmed that Ashraf Ayman’s tackle of Achraf Hakimi in the box deserved fitting punishment. The game seemed to go Morocco’s way until the 53rd minute. Mosalah did the right thing when keeper Yassine Bounou blocked the ball from a corner kick with him loitering in the box. The header was productive, 1-1. The pressure from Morocco to take back the lead saw the excellent Egyptian keeper saving brilliantly in the 81st minute and incurring an injury that would subsequently put him out of activity. He did quit in tears in the 85th minute as both teams gradually played into extra time. It had become a matter for men and not boys. Ten minutes into that segment, Mohamed Salah put his intrinsic values once more beyond doubts with his oiled pass from the right flank to find Mahmoud Ahmed ‘Trezeguet’ who graciously connected in to give the Egyptians the winning goal. Egypt captain, Mohamed Salah was voted the most valuable player as they now look forward to the semifinal date with Cameroon.

In the second game, played at the same venue, Sadio Mané and his pack of fellow lions munched the Nzalang Nationale of Equatorial Guinea, 3-1 to set up a semifinal clash with Burkina Faso. Famara Diedhiou scored his 10th goal in 19 appearances for Senegal when he latched on to a through ball by Sadio Mané to raise the curtains on 28 minutes. South Africa referee, Victor Miguel de Freitas Gomes checked with the VAR in the 51st minute to confirm that the ball had been touched in the box with the hand to disallow a potential penalty. But it didn’t take long before Jannick Buyla Sam spun the ball for the equalizer on 57 minutes. But then it took 11 minutes for substitute, Cheikhou Kouyate to capitalize on a defense mix-up to carry his team ahead, 2-1. Yet, as if in an arithmetic progression, another substitute in Ismaila Barr put the game well beyond Equato-Guinean reach scoring the last goal in the 79th minute in Senegal’s 3-1 victory. Senegal’s Nampalys Mendy was voted the most valuable player.

Meanwhile, after a meeting chaired by CAF president, Dr. Motsepe and after assurances made in a report following the fatal Olembe stampede which led to the suspension of the stadium, the said suspension has been lifted. The Paul Biya All Sports Arena will therefore host the Cameroon vs Egypt semifinal on Thursday at 8 p.m. as well as next Sunday’s closing ceremonies and final of the 33rd TotalEnergies Africa Cup of Nations Cameroon 2021.