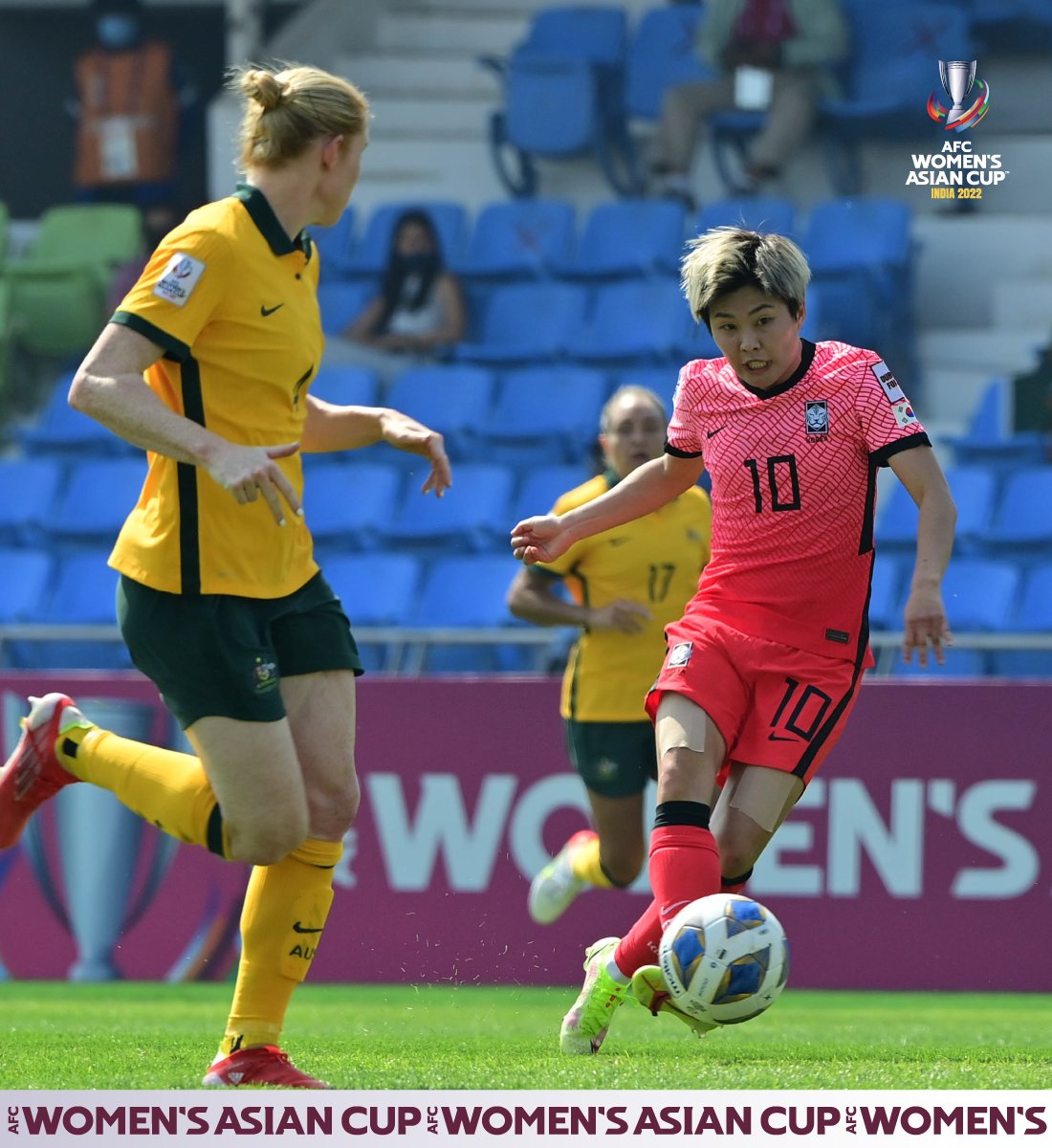 An astonishing flying shot in the 85’ minute by the Korean star Ji So-yun has clinched them a spot in the semi-finals and at FIFA World Cup birth for the Koreans!
It was a frustrating day at the office for the Matildas. The golden Star Sam Kerr missed too many chances which at the end of the day proved costly for the team which was the strong favourite not only for this game, but to lift the AFC Asian Women's Championship.
Australians dominated the possession with 65% in their favour. It seemed the one way trafic to begin with. They had 14 shots at the goal in comparison of 7 shots by the Koreans. But, on the other hand Koreans had three shots on target to only two for the team in yellow. That made thereal difference.
Australians depended on the high balls and the crosses, on the other hand, Koreans kept their defence tight and zipped pass Aussie midfield with smart, short ground passes. It was a grilling battle of the two contrasting styles of play. Finally, the Koreans had the last laugh!

A dominant performance from the holders Japan sees them on to the Semi-Finals once again! Japan dominated the QF with 7-0 win over Thailand.
Y. Sugasawa played a major role with four goals coming at 27th, 65th, 80th and 83rd minute. Till almost to the half hour mark, the Thia team guarded the fort. But, then onwards they couldn't hold the onslaught from Japan. Miyazawa, Sumida and Ueki chipped in with goal a piece to complete the Japan show!

China came back from a goal down to carve a victory against Vietnam and book themselves a spot in the semi-finals where they will face Japan!
China book themselves a spot in the #WAC2022 semi-finals for the 15th consecutive time. Persistence!
Vietnam surprised everybody by taking lead on 11th minute through Nguyen. It took China almost Half an hour to come with the terms of the game. A swift move at 25th minute gave S. Wang an opportunity to equalise, and she didn't let it go. Again in the second half Wang scored on 52nd minute to give China lead and the upper hand in the match. Just a minute later J. Tang double the lead with 3-1 scoreline. As China seems to close the proceedings, with around 69 % ball possession and 21 shots, Vietnam was awarded a penalty just before the final whistle. But, like Koreans, they too squendered the golden opportunity.
China will now meet Japan in the semi final. It will be a very exciting clash of the powerhouses.

Philippines came from two goals deficit to clinch thrilling Penalty Shootout 4-3 and book their place in AFC Asian Women's Championship semi finals. Philippines also booked their maiden spot at the FIFA Women's World Cup to be held in Australia and New Zealand next year.
After missing two spot kicks, Philippino goal keeper Olivia McDaniel saved two of the Chinese Taipei players' shots. Then she scored one for herself. She was on fire by saving one shot in the sudden death too. Following which phillipino forward S. Bolden didn't panic and scored the winning penalty kick!
After a goalless first half, Chinese Taipei took the lead over Philippines on 49th minute. A technical play between Bolden, Guillou with a through pass to Quezada, gave them much required breakthrough in the quarter-final.
But, a spectacular effort by Zhou seven minutes from time restored the parity for the Philippines. A ball lost, and a touch gained. Li-Ping Zhou took the control of the ball way outside penalty area, zoomed passed a defender and took a left footed shot at the corner of the net, which gave the goal keeper no chance.
Even after the extra time the game was levelled 1-1 resulting into the tie breaker.