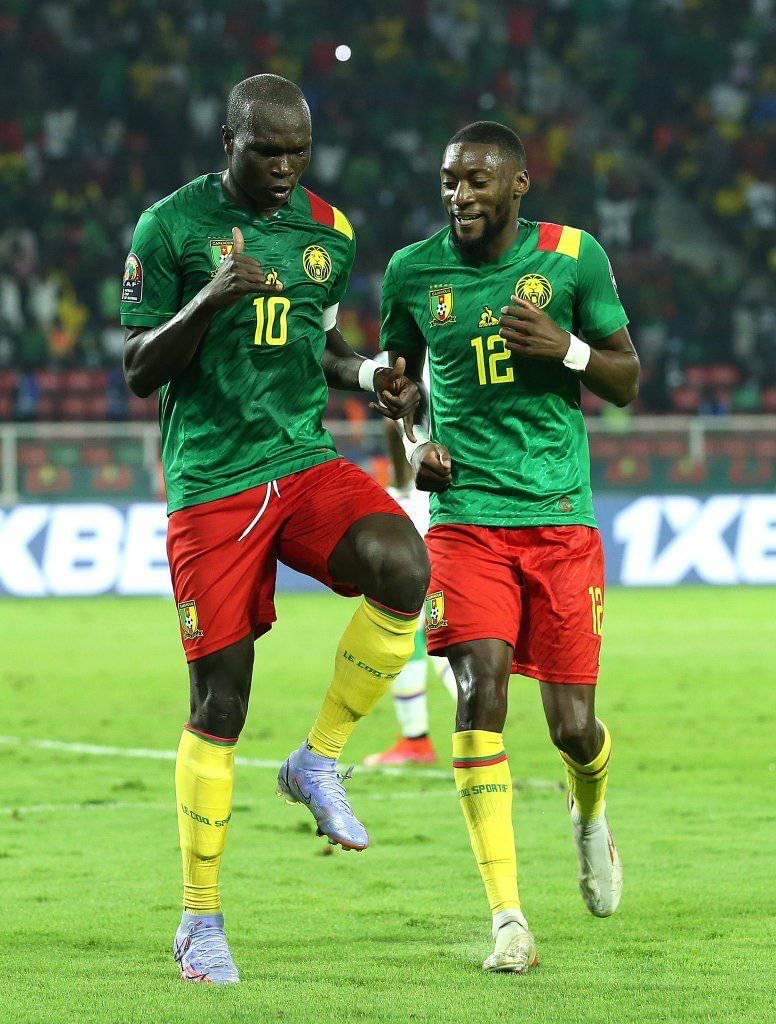 Cameroon worked extra hard to defeat debutants, Gambia, 2-0. The losers were the first side in the tournament to prevent the particularly offensive Cameroon attack from scoring in the first half. They were also the first side to prevent the highest scorer in the tournament, Vincent Aboubakar from scoring in a game, intriguingly stumbling in of the keeper on two occasions unlike him. But Cameroon were as well the first side to score more than one goal in a match against Gambia. The game took off before a huge turnout at Japoma with Cameroon fully on the offensive against the best defense who were obliged to earn four yellow cards in only the first half. However, Karl Toko Ekambi received an assist through a cross by Collins Fai to find the net on 50 minutes. 7 minutes on, it was Nouhou Tolo on the assist for Karl to head into the net and put full time scores at 2-0. But the indefatigable Collins Fai, clearly the competent successor of the legendary Geremi Njitap in the right-back position of the squad left the pitch shortly before fulltime because of what he himself would later describe as climatic adversity. He had left an indelible mark of confirmation of his unshakeable position in the squad with a 25-metre right foot  bullet, à la Njitap in the 29th minute which sent keeper Baboucarr Gaye trenching to ward off what did hit the side-netting top left.  The man who credited himself with the brace, Toko Ekambi emerged the most valuable player. As for Gambia coach, Tom Sainfiet and captain Jagne Modou, their campaign was simply wonderful and they foresee Cameroon winning the trophy on 6 February 2022.

In the second game this Saturday played at the Roumdé Adjia Stadium in Garoua, Tunisia sought to break the jinx of always losing to Burkina Faso in the AFCON finals. But they failed in their mission. The other group A team, Burkina Faso defeated them for the third time at the quarterfinal stage of the AFCON, after 1998 and 2017. Burkinabe first choice keeper Aboubacar Sawadogo’s injury in the 16th minute and obligation to be replaced by Hervé Koffi, deputizing for the regular captain, did not help Tunisia. They came under the ruthless pressure of their opponents who got the opener three minutes into stoppage time of the first half through Dango Ouattara. It was a solo run, overtaking two markers, including the keeper. But the scorer would forfeit the most valuable player award to Ibrahim Touré after taking a red card in the 82nd minute. He had elbowed Ali Maaloul in an airborne duel. Yet another shock result following beliefs that by eliminating Nigeria in the round of 16, Tunisia could go all the way

Two other semifinalists will be known this Sunday when the Mfandena hosts two quarterfinal matches: Morocco vs Egypt at 5 p.m., and later on at 8 p.m. Senegal vs Equatorial Guinea.