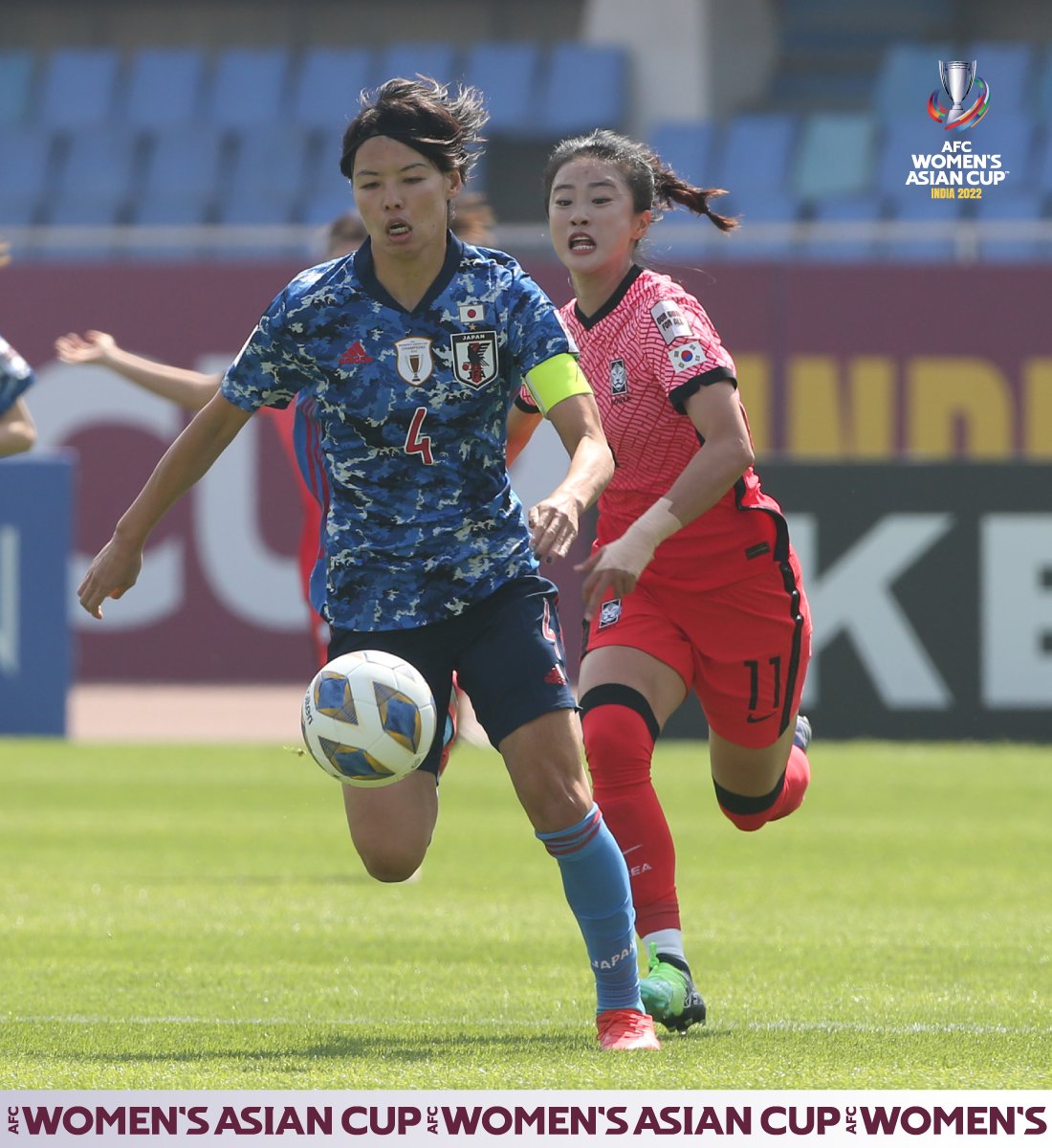 Japan, Korea advance to the QFJapan 1-1 Korea RepublicA goal at the start, and a goal towards the end of the match puts Japan and Korea to a hard fought draw. This gamebrings us our quarter-finalists from Group C. Japan claims the top spot, while Korea take the runner-up position! The game kicked off with the bang as Japan's R. Ueiki breezed pass Korean defence to score a spectacular individual goal. The first minute effort earned her the fastest goal of this tournament.

Korea had to win this battle to go top of the table and avoid meeting mighty Australia in the QF. But, they had to wait till 85th minute for the equaliser. J. Seo netted the ball after a goal mouth tussle following a corner. Japan held for rest of the injury time to top the group. Japan dominated the game with 64.2 % of the possession and 15shots to 8 from Korea.Vietnam 2-2 MyanmarAn entertaining encounter between two ASEAN sides ends with a draw in Group C. As Japan and Korea secured the QF birth from these group, these two sides had to satisfy with the valuable experience of the tournament. Myanmar took the lead with W. T. Tun via 28th minute spot kick. Vietnam restore the parity in the injury time with T. D. Nguyen on 47th minute. After the breather, Myanmar went ahead on K. M. Tun just 4 minutes after the restart. Vietnam equalised with the spot kick on 64th minute with Huynh.

Japan vs Thailand
Australia vs Korea
China vs Vietnam
Chinese Taipei vs Philippines
Australia 2 Thailand 1
Australia secured perfect record by defeating Thailand 2-1 to secure top spot in group B. Egmond opened the women in yellow's account on 39th minute. And the goal machine Sam Kerr doubled the lead on 80th minute. Thailand pulled one back in late injury time. But, it was not enough. Australia dominated the game with 73% possession and 24 shots to 6. Thailand showed some resistance to avoide one sided heavy margin defeat.
Philippines 6 Indonesia 0
Philipino women entered into QF in style by defeating Indonasian team by 6-0. It was stricker Gullion who opened the scoring on 6th minute. Philippines doubled the lead on 27th minute through Bolden. Annia strike on 54th and 62nd minutes virtually sealed the game for them. Miclat converted the spot kick on 74th minute and In the injury time Cesar scored the sixth goal.
With 31 shots and 60 % possession, philipines made their intentions clear ahead of the QF knock outs.