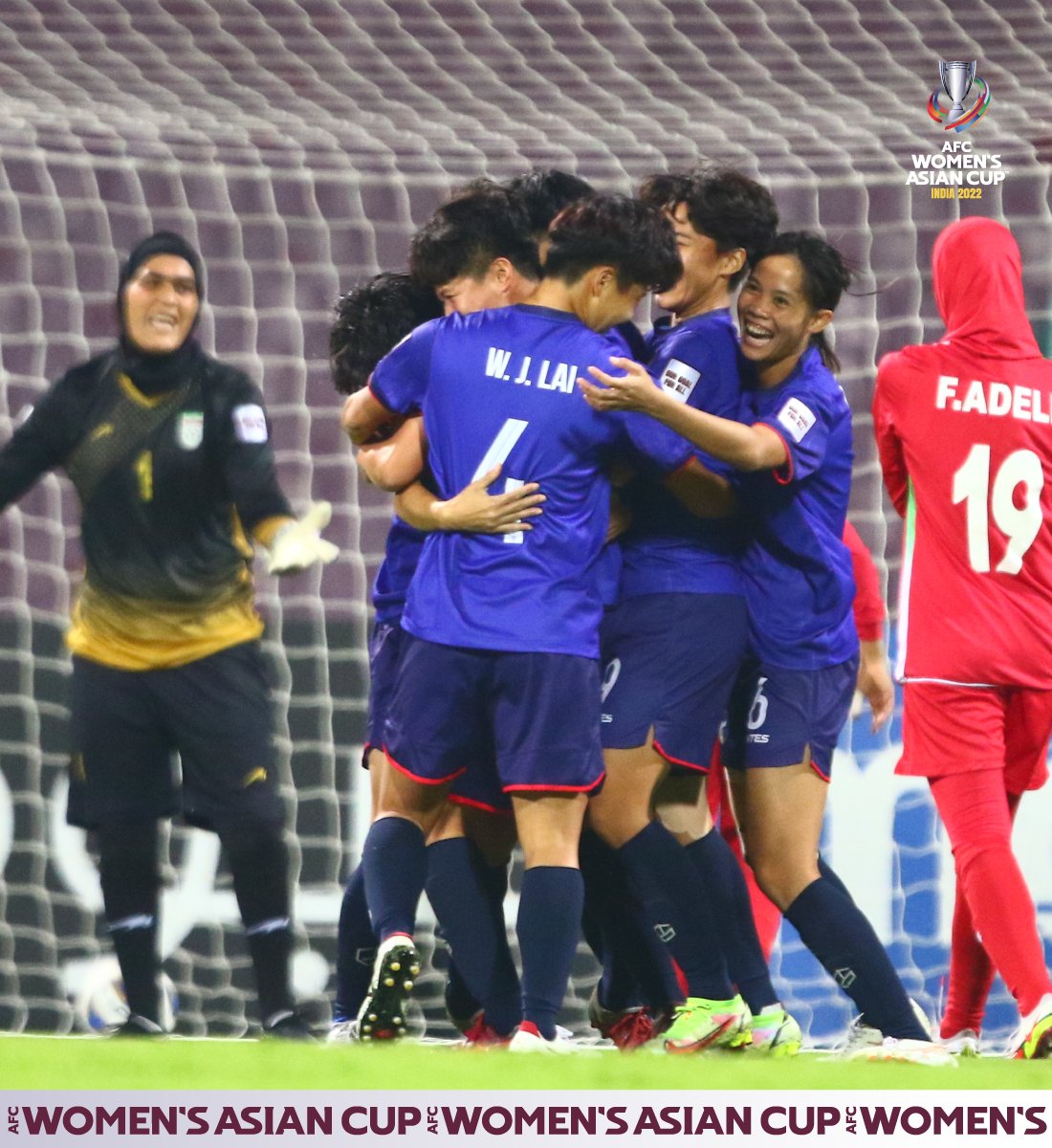 Chinese Taipei secures QF spot in AFC Asian Women's ChampionshipChinese Taipei 5-0 IR IranChinese Taipei have secured a spot in the quarter-finals after a crushing victory against a spirited Iranian side. Attractive hat-trick by L lai at 4th, 31st and 65th minute seal the show for the reds. Wen Chen and S. Wong completed the goal trail for the Chinese Taipei team.

Spirited Iran impressed at the midfield with equal share of the possession. But, Chinese Taipei outplayed at the total shots on and off the target, which was the ultimate difference.