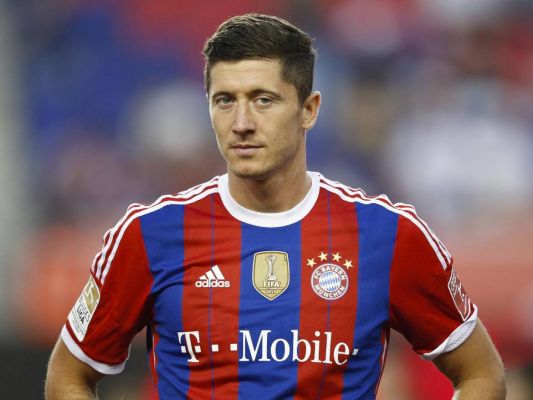 A brace against Scotland and a single goal against Ireland lead Polish Robert Lewandowski of FC Bayern Munich to top the list till end of October. Lewandowski made incredible history by scoring 9 goals in the last 5 Euro qualifiers matches. Added to his 7 goals in UEFA CL (4 in 2014-15 final stages and 3 in 2015-16 group stage), Lewandowski now owns 16 goals. He also tops Euro qualifiers goal scorers with 13 goals after 10 matches.Ahmed Khalil came second with 15 goals, 9 for UAE and 6 for his club, Al Ahli Dubai. He is followed by Mohammad Al-Sahlawi of Saudi Arabia who scored 13 goals for his national team and Cristiano Ronaldo who scored 13 goals, 3 for Portugal and 10 for Real Madrid C.F. Al-Sahlawi is the player to score most for his national team whie Ronaldo is the player to score most club goals.53 players scored 7 or more goals. By nationality, 16 come from AFC, 14 from CONMEBOL, 12 from UEFA, 8 from CAF and 3 from CONCACAF. By club football, 25 play in UEFA, 16 play in AFC, 5 in CAF, 4 in CONMEBOL and 3 in CONCACAF. Argentina is the country with most players in the list with 6, followed by Brazil and Japan with 3. As for clubs, FC Barcelona led the list with 3.