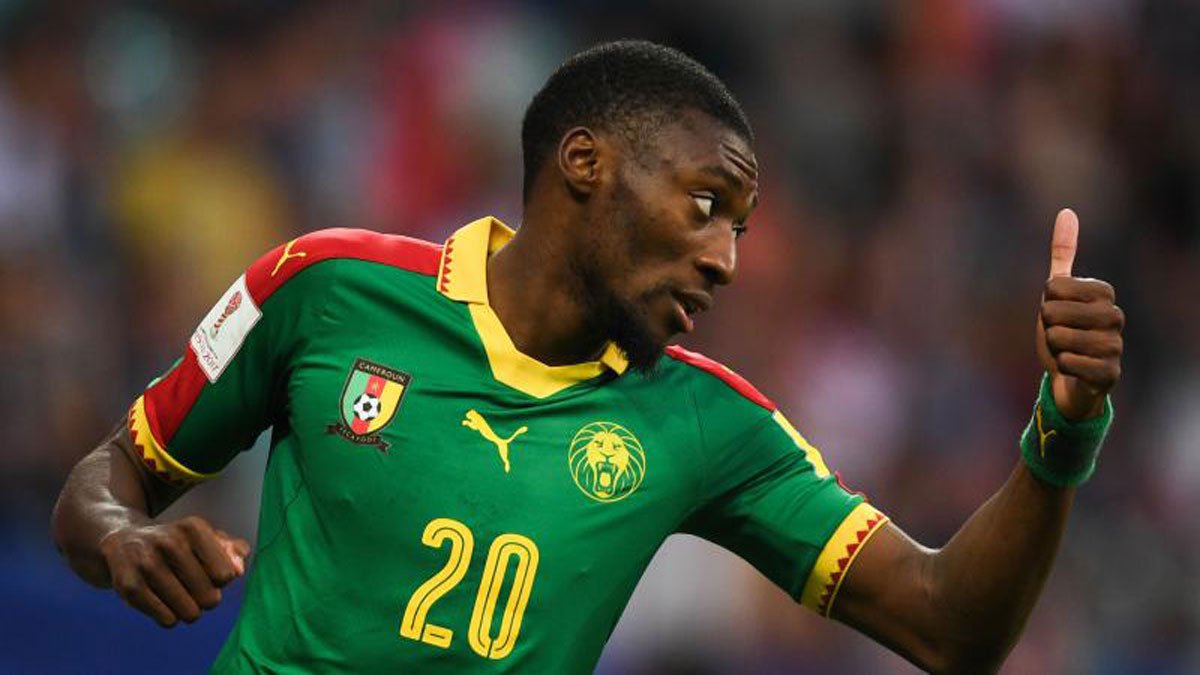 Picture : Karl Toko Ekambi was one of the Cameroon match winners !

Impressive Cameroon are first into round of 16.

Going into the match at Olembe with Ethiopia it was almost certain who would prevail, but certainly not in what fashion that would happen. Underdogs and 1962 winners of the tournament, Ethiopia gave 5-time winners and group leaders, Cameroon an initial scare and even raised the curtains on 4 minutes when Dawa Dukele slammed in a cutback from the right flank. The wake-up call received a response when 4 minutes on, Toko Ekambi equalized with a pinpoint header following an exquisite cross by Collins Fai from the right flank. Two attempts by Cameroon could have increased tally had it not been for an offside foul on 32 minutes and a rebound from the top right of keeper Shanko Balcha’s goal. Cameroon captain, Vincent Aboubakar scored his third goal in the tournament on 53 minutes with a sumptuous header following yet another cross by Collins Fai. He further made it a brace in the tournament and his 4th in the tournament on 55 minutes after outpacing his marker in a competitive run upfront and pin-touching a Collins Fai assist. And at the 67th minute, Karl Toko Ekambi, leading scorer in the Europa league outran his markers, turning around in the box before squeezing the ball into the far right. His brace and commendable effort in the game landed the attacker of French Ligue 1 club, Lyon the most valuable trophy as Cameroon became the first side to qualify for the round of 16.

In the second game, Day-1 losers, Burkina Faso bounced back from adversity to pip Cape Verde who had won their first game 1-0. It was a goal on 39 minutes credited the hard-fighting forward of Saudi club, Al Faisaly, Julio Tavares who threw his entire body, diving to chest a right flank cross into the net of the embattled keeper. The physiognomy of the game hardly changed thereafter as only determination and urge to prevail reigned supreme. When at full time, Burkinabe midfielder, Ibrahim Touré was voted the most valuable player, he rejoiced over the victory, describing it as the highly awaited opportunity to bounce back into contention after their loss to Cameroon. The group stands at 6pts for Cameroon, 3pts for each of Burkina Faso and Cape Verde, and 0pt for Ethiopia.

Four games will be played this Friday, 14 January. In group B, at the Kouekong stadium on the outskirts of Bafoussam, Senegal vs Guinea at 2 p.m. and Malawi vs Zimbabwe at 5 p.m. In group C, at the Ahmadou Ahidjo Stadium in the heart of the capital city, Yaounde, Morocco vs Comoros at 5 p.m. and later, Gabon vs Ghana at 8 p.m.