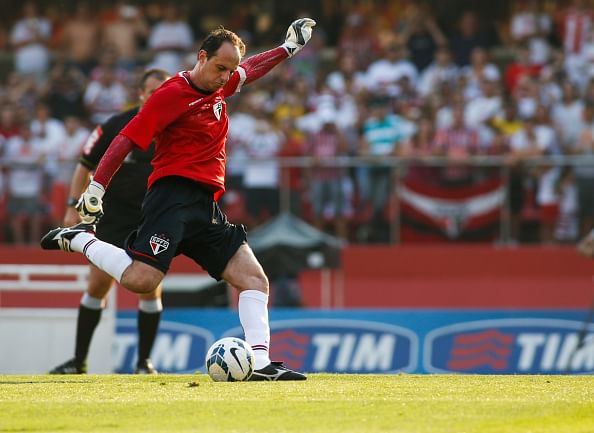 THE WORLD'S HIGHEST SCORING GOALKEEPER OF XXI CENTURY by IFFHS

The IFFHS ranking for World’s Highest Scoring Goalkeepers of XXI Century at Jan 1, 2022The legendary Brazilian Rogério Ceni dominates the category of highest scoring goalkeepers in XXI century with 112 goals scored since January 1, 2001 until finishing his career in 2015. His position will clearly be unrivalled for many years yet.Among the currently active goalies, Cristian Lucchetti (Argentina) has the best tally but it is too modest for Rogério Ceni standards: only 19 goals. Besides, Lucchetti is already 43-year old (he was the 2nd oldest top-division player in the world in 2021).In total, 18 goalkeepers have currently scored 10 and more goals in the top world football in XXI century. They are gathered in the table below. Only 4 of them are still active (marked bold in the table). All four are pretty aged (37 and older). Sebastián Viera (Uruguay) playing for Atlético Junior in Colombian league, has reached 10-goal mark in 2021.In brackets, goals scored in XX century (in particular, Rogério Ceni has scored further 17 goals in XX, so his general tally over the career makes 129 goals).