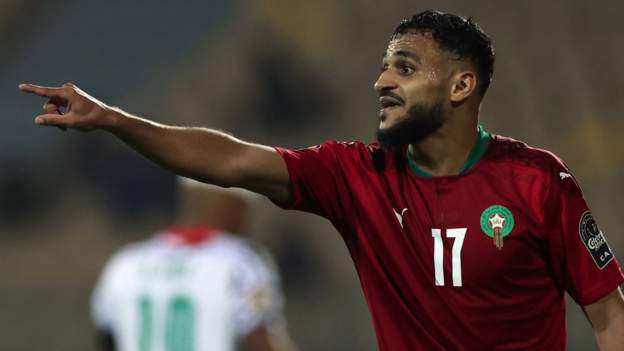 The volcanic archipelago off the east coast of Africa may have lost their first-ever AFCON finals appearance in their group C match with Gabon, but they got the credit for having put up a spirited performance that made the game the most entertaining of the six so far. Attended by the first couple of the Union of the Comoros, they lost to Gabon, deprived of key names lost to covid when forward player, Aaron Boupendza scored a sumptuous goal on 16 minutes for their 1-0 victory, made sweeter when the scorer was voted most valuable player. However, President Azali Assoumani declared that they had lost a battle but not the war. In an earlier group game, Morocco won their sixth game in 12 games head2head with Ghana, for 3 loses. Soufiane Boufal got the lone goal on 83 minutes to earn the MVP award, downplaying the absence of Hakim Ziyech not retained for the tournament on grounds of indiscipline. Gabon and Morocco are on top of group B with 3 points each with Comoros and Ghana on the 3rd and 4th spots with 0 each.

In group C, highly rated Senegal led by Liverpool strong man, Sadio Mane met stiff opposition from Zimbabwe who only caved in 7 minutes into stoppage time of the game when Sadio Mane transformed a penalty to put full time scores at 1-0. After the game at the Kouekong stadium on the outskirts of  Bafoussam, the scorer, beaming with his MVP trophy said they had overcome the doings of covid that stripped them of key players by demonstrating sheer mental toughness. In the second group game, Guinean defender, Issiaga Sylla’s right foot drive at close range on 35 minutes landed them a 1-0 victory. Fellow mate, Nabil Keita was voted most valuable player. Guinea and Senegal top the group with 3 points a-piece, leaving Malawi and Zimbabwe on the last two spots with 0 point each.

This Tuesday, Algeria and Sierra Leone lock horns at 2 p.m. in the lone group E fixture in Japoma, Douala. Nigeria clash with Egypt at 5 p.m. in the first group D bone-crusher, followed by the second group game at 8 p.m. between Sudan and Guinea Bissau. The two matches are scheduled for the Roumde-Adjia stadium in Garoua.